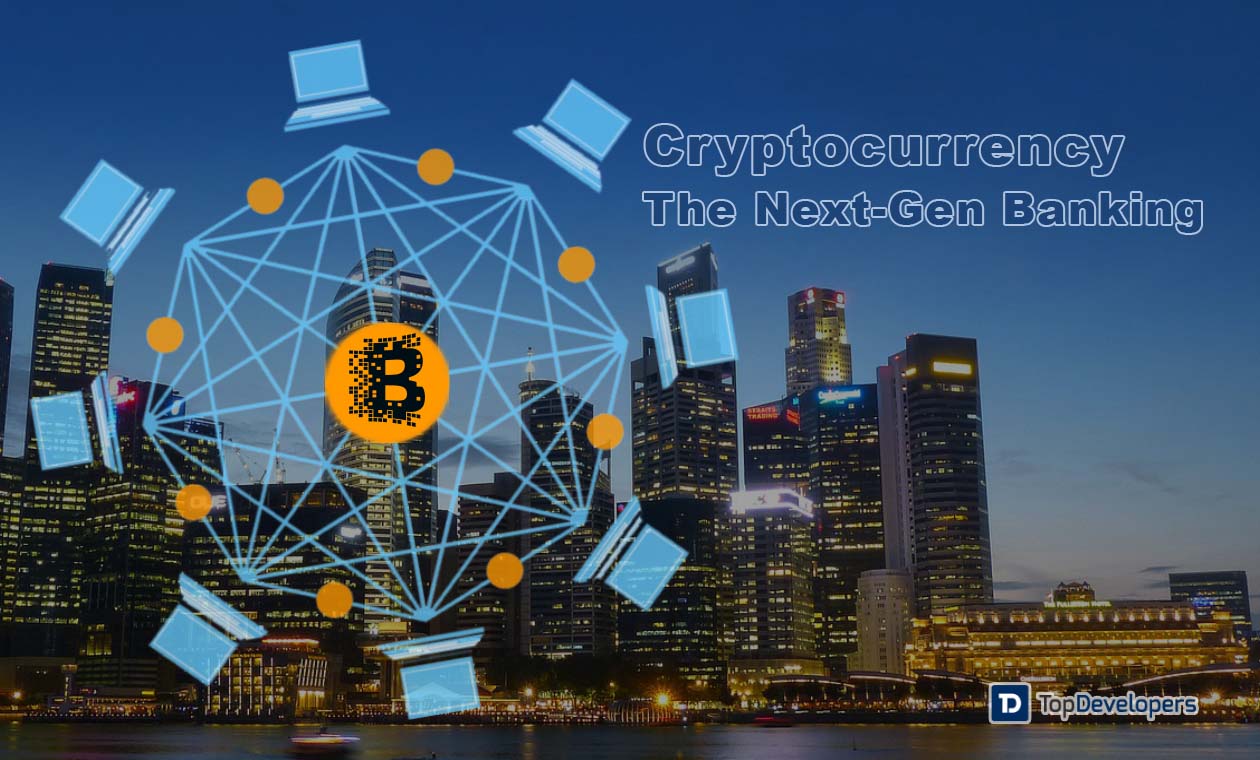 Cryptocurrency is the hottest currency in the market that’s gaining huge investment from the cool guys. The rising popularity and familiarity have alleviated the need to give its primer. Hope, you agree with this.

Over a period of less than a decade, the digital currency has surged by manifolds in terms of financial value and the increasing interest of the enterprises and people. On the table, we have many types of cryptocurrency like- Bitcoins, Litecoins, Dash, Ether, Peercoin, Dogecoin and others that are set to disrupt the world markets.

Cryptocurrency enthusiasts anticipate that the currency, which is emerging as an alternative to traditional cash or credit card will go into the mainstream and replace the modern-day financial system due to the plenty of benefits it offers.

According to Global Cryptocurrency Benchmarking Study, although the bitcoin market share is falling year after another, still it enjoys the virtue of the widely accepted cryptocurrency across the globe among the wallets, exchanges and payment companies.

It indicates all the digital currencies will affect the global finance and soon be a part of international trade. In every industry vertical, the people can be seen buying and selling the assets or commodities using the cryptocurrency. The facts confirming the time has come when leading players will begin trading using cryptocurrency in the local and international market, and stand to benefit as well.

However, the lack of control over the currency has led the government and banking regulators to intervene and declared it as highly volatile to trade with. Even, in some countries, trading with cryptocurrency is prohibited declaring it as an economic bubble. But, yet, the cryptocurrency advocates are investing in the currency.

Almost halfway to one million individuals that are about 418,000 people worldwide, have invested at least $100 in cryptocurrencies, as confirmed by a research.

It indicates the promising currency is gaining wide support and acceptance and its adoption increases the need of cryptocurrency development services,  more pros rather than the cons.

Take a look at the significant reasons, that’s gearing up the shift towards cryptocurrency:

Bid a goodbye to the fraudsters

If you are using credit cards, you must be familiar with the fact that your entire transaction history can be accessed by the banks or the credit card agency anytime. It’s because credit cards operate on the “Pull” basis, so when the payment is initiated, the store will pull the defined amount and record the transaction. It means your transaction data and financial information can be intervened or used by the third parties, which make the critical data susceptible to fraud. It emerges in cases of identity theft issues.

Unlike the credit card system, the transactions made using cryptocurrency is a unique exchange where the terms are definitely negotiated and agreed between the two parties, but the information exchange is done on the basis of “Push” where exactly only that much information is sent to the recipient that sender wishes to.

This process safeguards the financial history and prevents the cases of identity theft, which are comparatively higher in the traditional banking.

The Immediate settlement is catching the eye

When you are purchasing an asset or real estate that includes the third party involvement, then taking the approval of a third party is essential. But, very often, in the conventional system, the delays in getting the approval, and high payment fees, which is a part and parcel of the transactions annoy the customers.

Here, cryptocurrency rocks as its underlying blockchain technology that store the large database of records resemble “A large property rights database,” where the contracts can be designed and enforced between the two-party agreement without having a need of reference to external facts and can be completed at a fraction of cost and time.Also, being a cryptocurrency holder, you can govern your own account with no middlemen involved, but cryptocurrency contracts allow you to add third party approvals.

This way, you can create a contract on commodities like- real estate or vehicles, and complete the asset transfer in a couple of minutes. Thus, cryptocurrency which is based on blockchain technology has been reforming various industries

Cut down the transaction fees

Most of the time, we overlook the high transaction fees charged by the banks or credit card companies for writing checks, making a few purchases or transferring funds. Every month, this fee eats up a good amount of your asset. But, this is not the case with cryptocurrency.

A piece of cake for international trading

Cryptocurrency is a universal currency that’s not bound by any geographical borders, or suspect to any interest rates, exchange rates, transaction fees, or other levies imposed by the various national governments which makes it a perfect fit for the international trading.

Also, peer-to-peer mechanism enables the cross-border transactions to get completed securely in less than 10 minutes. The detailed records can be created with a clear objective and stored safely on the blockchain that can be tracked and verified but cannot be altered. It makes the transaction process efficient and transparent. The blockchain development also providing the e-services the much needed boost.

Security that comes with cryptocurrency

The blockchain technology that manages the records of cryptocurrency transactions is decentralized in nature where the data is stored in the form of nodes in the nodal structure on a global network of computers. Not having a central authority or control means the data cannot be hacked in anyway.

Going further, the cryptocurrency transfer, which is once authorized, then it can’t be reversed unlike the charge-back transactions enabled in the credit card system. This is a protective layer prevents the frauds to enable refunds after making a purchase. The strong encryption technique is also applied throughout the transaction process and blockchain platform that avoids data-tampering and guarantees customer privacy.

It’s unpredictable to pan out, what’s the future of cryptocurrency- a tech bubble or a stable and long-term standing currency. Despite its flaws, it’s sure that the currency is here to stay, no matter if its use cases and value will fall or increase. When the terrific growth and attention that cryptocurrency have earned, is considered, no one can deny the fact that from leading players to SMBs will be seen exploring the currency and looking at the ways to capitalize and make the business processes easier and efficient in the near future.

Leaving aside the critics, the ultimate control over the money with no security, slow money movement, hefty transaction fees, or national government regulations intervention concerns in the global transactions are enhancing the cryptocurrency’s appeal and promising that the digital currency is the future of worldwide trading.

So explore and see how you can leverage the cryptocurrency in your business and then make a move to benefit from its advantages.