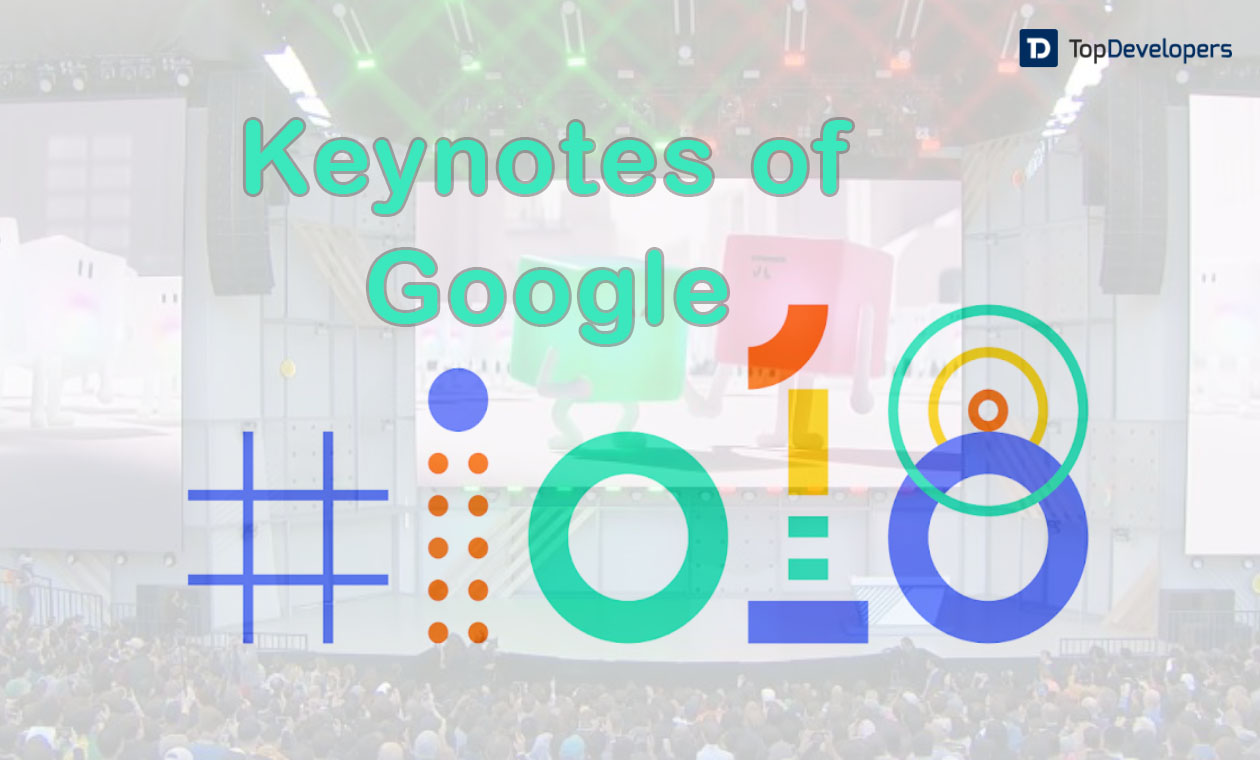 There was a lot of buzz in the tech world before Google I/O 2018 conference hosted in California. A ton was expected by developers and the important announcements have made the conference live up to its much-created hype. The three-day event started at the keynote of Google CEO Mr. Sundar Pichai has revealed some upgrades to the Google initiatives and a bundle of new technologies in different sessions. Last year at the Google event 2017 there were many announcements that were appreciated by the tech-enthusiast.

Take a quick recap of the key moments that highlight the best releases of the year:

It was quite anticipated even before the developer conference that Android P will be announced to be publicly available for the users. There are several features added utilizing AI that makes the latest OS exciting than its predecessors.

The AI will learn the users’ mobile brightness adjustment patterns and then automatically change the mobile screen brightness. The adaptive battery when analyzes the apps that are running the processes in the background and eating up the battery, then it pushes the processes to lower power cores to conserve the battery life with 30% reduction in CPU wake-up app for apps.

The new launcher is gesture-based navigation system has bid a goodbye to the three-button navigation. Now, swiping up from the bottom of the screen direct the users to the app they often used by learning the app usage habits.

To kill the mobile phone addiction and disengage the users, Shush and Wind down are the two features added to the new OS. Shush activate ‘Do not disturb’ mode automatically when you turn the mobile screens down on a flat table. Wind down is a ‘Do not disturb’ mode where the users set the bedtime and the screen automatically start fading to grayscale to signal the users its time to bed.

The slices and actions provide the users a new way of interacting with the app, where the users can see the app content that will appear as snippets containing a series of actions that users have used previously. The actions can be taken by the users without even opening the app.

The excellent Assistant got better

Keeping aside the standard male and female option voices when speaking to Google assistant, now, Android users will have the option to choose from the six voices to converse including the voice of John legend.

The another ‘continued conversation’ update has made the conversation with Google assistant more natural with the elimination of a need of saying “Hey Google” every time you ask a question. The new feature will allow the users to ask numerous questions in the same request.

Google Duplex is really a cream of the crop

The astoundingly-realisticGoogle assistant termed as Duplex has brought an unmatched experience for us with the capability of calling to the businesses on your behalf to schedule an appointment.

Considering the fact that 60% of the businesses still don’t support online booking, Duplex feature is introduced for the smartphone users where the duplex will make a call to the businesses and converse with them without giving a single hint to the employee receiving the call that there is no human in this call equation.

Several demos are given in the conference by playing the recording of discussions held between the business employee and the duplex for booking an appointment.

Gmail will compose the email by itself

We have never imagined the feature- the query auto-completion in the search box will ever make its way to the email composition in the Gmail. Yes, with smart composer feature, the predictive suggestions are made to the users to auto-complete the sentence or phrases as they type based on what they type. The suggestions can be selected by hitting a tab and they are added to the email.

The intelligent composer is a great help to the users in terms of reducing the grammar errors and saving a lot of time with the elimination of writing repetitive things.

The photo editing has gone beyond creating collages or adjusting colors. Now, AI-driven recommendations will be made by Google photo as the users browse the gallery. The suggestions could be colorizing the black-and-white photos, changing the background color, color pop to mute the color around the central photo, sharing the photo to the person identified in the photo or rotating the photo. Also, the tool can turn the captured image of a document into a PDF in a single click.

The quick fixes or sharing recommendations pop up at the bottom of the screen aids in implementing the changes immediately.

Google news which was created as a gatekeeper of journalism is revamped with the addition of new features. Leveraging AI, the tailored content of user’s interest and the taste is shown after analyzing the user’s behavioral and search data.It will also assess if you are not interested in the news of specific organization, the content will be adjusted accordingly.

The Newscast which allows users to explore the event by swiping the coverage and commentary. The full coverage enables the users to get the detailed aspect of every moment of the event where the questions are answered even before the users think about them. Lastly, managing the subscription for different news sites is not required because with Google News, it’s possible to subscribe the distinct news sites and Google takes the payment on their behalf.

Now, the Google maps have become a real travel partner that never let you lost in a new city. The AI-driven maps have become more personalized and not just offer the shortest route to a place, but also illustrates a lot about the new places to visit, the events happening around and what the locals are doing in the neighborhood after learning your personal preferences.

Secondly, many times, the people keep wandering in circles to exact in which direction the little dot is moving. This is where AR feature comes into play. Once the people set their destination and point the camera in any direction, the ML algorithms and AR magic will display the arrow showcasing the way you have to start moving. This way no time will get wasted in heading towards the wrong path.

Considering the vision as a fundamental shift in the years to come, Google has started working on Google Lens and now moved it to the camera app. Wearing the Google Lens, the camera app will now be able to answers right at the place where the questions are. Puzzled? Here’s the answer.

Essentially, Google lens is an image recognition tool that’s capable of processing the image pixels and providing the details with search tag as you capture the image or scan a photo. This real-time finder tool analyzes everything in the image and acts upon it.

For instance, as you scan the outfit that catches your eye in the home décor with the camera app, you will get the same item online with its reviews or another outfit matching the style. It also allows you to copy the text from the real world and paste it into the smartphone.

The VR initiative is taken by the Google to allow the users tell their stories in an appealing way to the world effortlessly. A tour creator is an excellent tool which enables the creation of professional VR content with zero learning curve.

The users can create VR tours just by combining the elements from Google street view with the 360° photos that can be viewed in any VR headset. It’s regarded as the best for educators and the students to tell their story to the world.

Google I/O conference 2018 is the gala event of the year, where the biggest announcements were whirling around Android P, artificial intelligence, and machine learning. Undeniably, the talk of the show was more about intelligent robots, but the update in material design, VR content creator, markerless AR and JBL Link soundbar were also following the queue. Well, the announcements are expected to hit hard the market with unprecedented innovations and amazing use cases.

It left you with two cases either jump on the trial bandwagon and start experimenting to stay ahead in the market, or wait and see how Google products debut in 2018 and the years to come, and then embrace the experiments to maintain the pace. Till that time, I am testing the waters.