The Future of the Internet – What are Gs and How Long will They Count? 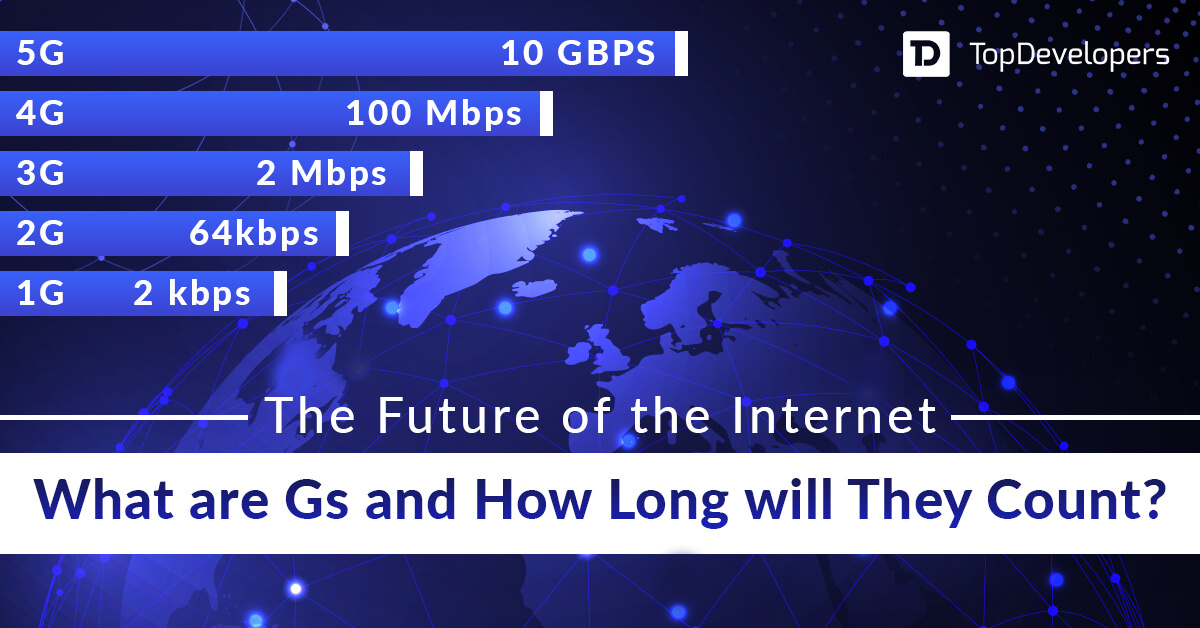 On which device are you reading this blog? Whatever may be the device, one thing’s for sure that you won’t be able to access this content without an internet connection.

The Internet is perhaps the most important invention in the history of humankind after the wheel. As we enter the “Internet Century”, the discussions about our future are intertwined with the future of the Internet.

On International Internet Day, let us dedicate this tale to the most useful invention to date.

History of the Internet

The Internet has a glorious history where a series of great events have happened. Here are the milestones-

Generations of the Internet

You might have wondered about the terms like 3g, 4g, 5g, and 6g, and so on. Well, “G” means ‘generation’ in the internet terminology. The generations are synonymous with the progress of the Internet as a technology.

1G: The first generation when only analog signals were available primarily for voice calls during the 1970s and 80s.

2G: This is the era when features like a conference call, text messages, multimedia messages, and call hold were introduced in phones.

3G: During the 2000s the phone started becoming “smart” as features like email, web browsing, video, and picture viewing were included in the phone.

4G: The 4th generation which started in the 2010s in which due to fast data transfer speeds we are able to watch HD TV on smartphones and also explore the world of 3D TV, cloud computing, and video conferencing.

5G: The current generation in which we are exploring exciting new prospects like AR, VR, self-driving cars, and a lot more.

Indeed, the capacity and speed of data transfer increased with each passing generation.

5G isn’t yet fully deployed in many parts of the world, and we are already talking about 6G. According to many experts, we would touch data transfer speeds up to 1 TB/sec in the 6th generation, and the Internet revolution has just begun!

Future of the Internet

As the Internet progresses, expanding new horizons, we will witness sophisticated virtual reality interfaces like tactile feedback systems. The future’s internet will also implement technology in innovative ways, allowing humans to navigate the information universe of the Internet in more meaningful ways. 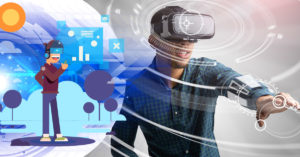 Virtual experiences will become more fluid and flexible in the future. There is a consensus amongst the experts that the increasingly sophisticated nature of our virtual experiences will change the nature of our reality in many spheres. According to Judith Donath, a researcher for the Berkman Klein Center at Harvard University, the line between the human digital presence and the physical world will become blurred.

“Gone will be keyboards, the mouse and screens,” she adds.

Toby Negrin, Wikimedia Foundation’s Chief Product Officer, says, “Information will be displayed, floating in the air….the web will appear in the real world, not just on glass screens.”

It won’t be exaggerated to assume the caller’s face popping from the phone with 3D projection. Users can guide their friends in cooking their favorite dishes. They can guide their friends in selecting the correct ingredients and an intelligent system will place the order of missing ingredients instantaneously. Much like the present-day app store, a user would be able to purchase groceries through virtual shops in the future. In the coming years, virtual augmentations will become an integral part of the Internet.

It is highly likely that in the near future, the written word will make way for more seamless forms of communication like verbal and auditory. Apple’s Siri and Amazon’s Alexa are prime examples of voice technology taking over typed words in the search. 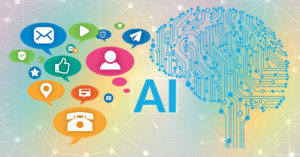 Paul Jones, the founder of a company which owns sites like Project Gutenberg opines, “You won’t search anymore, you will just ask questions and it will be more like having a conversation.”

In the future, everyone will have some form of implants inserted into their bodies to facilitate seamless communication. For instance, intelligent invisible implants that will aid in creating the hearing experience will replace earbuds. If the implants feel necessary, they would even replace the real noises in your surroundings with virtual ones.

Predictive technologies combined with augmented reality will open new doors of communication for everyone. For example, users will be able to translate their speech in real-time using a live-translation app. The entire knowledge ecosystem will be online and easily accessible to all in the future, allowing the users to understand the point of view of the persons they are communicating with.

Brain-computer interface will be an important component driving the future of the internet. People will interact with their environment more dynamically using gesture and gaze tracking systems.

By using complex algorithms and an army of sensors, scientists are extracting relevant brain patterns.

There are multiple use cases of BCI in communication. A few are mentioned below

While futuristic communication has its own set of challenges, the future looks promising.

Every single day users are consciously or unconsciously sacrificing their private information for the sake of convenience. 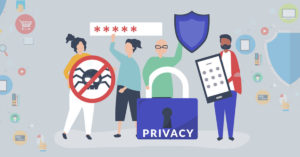 For instance, when you order red pajamas from Amazon, you are giving a billion-dollar company another opportunity to know you better. The company now knows that you like red pajamas apart from the already known facts like your age, sex, geographical location, and much more.

Amazon is not alone, Google, Facebook, Netflix all the big tech companies rely on your personal data to offer you better experiences.

Advertising will become hyper-personal in the future. For instance, a beautiful wristwatch will flicker on your wrist whilst you are watching your favorite James Bond movie. Thus, giving you a clear idea about the look of the watch on your wrist.

“Pull advertising” will take new and exciting forms in the future with the omnipresence of AR and VR devices. These cool features obviously come with a price, and that will be of our privacy.

Bottlenecks in manufacturing factories tend to wreak havoc on the bottom line.

Legacy brands like Harley Davidson are waking up to the potential of connected technologies in their endeavor of reducing the manufacturing bottlenecks. Using a heap of sensors, the engineers in the company can now determine whether the moisture, airflow, and other conditions are optimal for painting or not. They can also amend them to suit their requirements as per need.

According to an Accenture report, the Internet of Things technology can help a company save 70% of costs in downtime. Through smart energy management systems, the plant can save electricity costs.

There is no doubt about the fact that smarter machines will be the norm in the future. A company that does not adapt to the fast-changing world will have to face negative consequences. As GE chairman Jeff Immelt once put it: “If you went to bed last night as an industrial company, you’re going to wake up this morning as a software and analytics company.”

Stringent regulations will be needed to ensure the safety of the netizens in an increasingly connected world.

Europe is putting pressure on internet companies like Facebook and Google to put in safeguards against hate speech, trolling, cyber-bullying, fake news, and terrorist activities online.

Across the Atlantic, in the U.S.A, the federal government has passed the Honest Ads Act and the Stop Enabling Sex Traffickers Act, empowering the netizens against fake ads and sex traffickers online.

The GDPR (general data protection regulations act) passed by the parliament of the EU is one of the most robust acts in the world that aims to safeguard the data privacy rights of its citizens.

The act combined with the EU court’s “Right to be forgotten” judgment has set precedence in the way companies handle the data of their consumers.

We have come a long way since the first message was relayed between UCLA and Stanford. The Internet is a fast-evolving beast and new technologies are expanding the range of stuff that we can do with the internet. It is very much likely that in the coming decade, we will see an almost unrecognizable form of the internet.