Unleashing the Potential of Blockchain Technology beyond coins 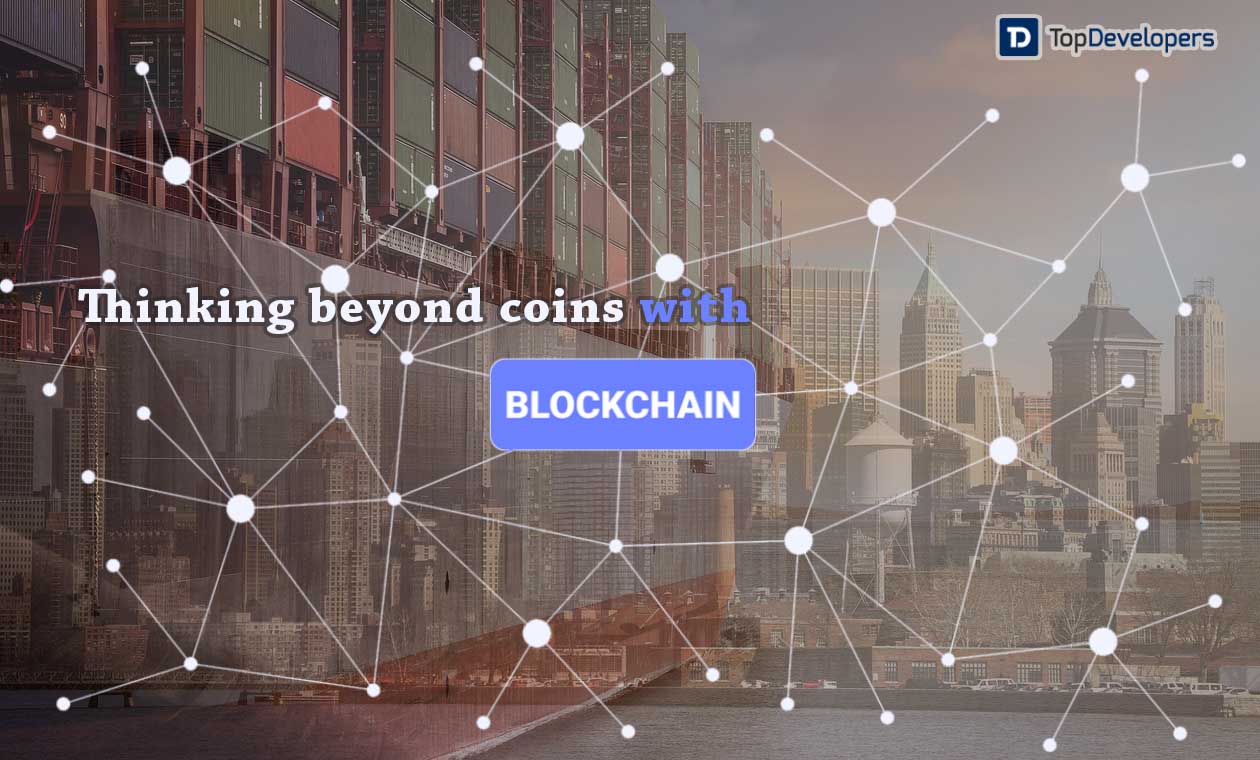 The blockchain is the ingenious tech invention that’s all set to take the world by storm, and the bitcoin is the powerful cryptocurrency that’s creating a buzz around with record-breaking exploits. Many times, the terms bitcoin and blockchain are used interchangeably just because bitcoin was the reason the blockchain platform was created and a couple of years back, the blockchain technology’s potential is untapped for various industry verticals.

Lately, the bitcoin’s underlying technology has started gaining momentum and unarguably has become the greatest disruptor in every industry vertical. However, beyond the noise, now, we are just viewing the visible edge of the blockchain iceberg in the form of bitcoin’s skyrocketing popularity and stake in the market.

In a nutshell, the blockchain which is an incorruptible distributed ledger that can be programmed to record the immutable transactions is picking up the pace in the market due to its loads of advantages that IT giants and industry leaders have realized. Without reinventing the wheel, let’s take a sneak peek inside at how distributed ledger technology is hell a lot more promising than the bitcoins for which it was engineered to support:

Profound Data security that gives a peace of mind

It won’t be an overstatement to say that there is no technology available on the planet that can match the level of security which blockchain platform provides. The underlying architecture of the technology ensures the records stored on the distributed computers are immutable with no central control over the transactions and having any third-party intermediary involvement in between, which, in turn, guarantees that there is zero probability of data can be altered, shared or eavesdropped by anyone over the network of blocks or nodes.

This is the reason the banking and financial services are jumping onto the blockchain bandwagon to enable quick transactions while maintaining a high degree of trust and accuracy, reducing transaction costs, maintaining transparency to ease risk management, and strengthening the relationship with the customers. Moreover, the banks are also in the planning stage to build the services on the top of a blockchain platform to manage the legal documents or create digital wallets.

Smart contract- a possible antidote to the business challenges!

Replacing the traditional contracts, the smart contracts are the pre-programmed code that automatically gets executed when the specified terms and conditions met without having centralized control and the services of middlemen. It resolves the problem of trust on the intermediaries that are kept between the parties to an agreement and turn the time-consuming transactions into time savvy, and therefore, it saves the time and dollars of the companies.

Adept Smart contracts developers leveraging the technology, agreements are validated, signed and enforced via blockchain in an automated fashion. See how?

When insurance contracts are turned into smart contracts, the policyholder doesn’t need to claim or the insurer does not need to conduct repetitive inspections for claim settlement and claim administration, the insurance will be paid to the customer against insured event automatically. The digital bond of trust between the company and customers is creating a value for both.

Note: Ethereum is the decentralized platform that allows developers to run the distributed applications and run smart contracts effortlessly.

It can be referred to as the closed blockchain where no one can read or write on the blockchain network unless they are allowed to do so and validated by the person who started the network. This type of blockchain works best for the applications internal to a single organization where permission and access need to be tightly controlled, and the rights to make changes on the network are limited to a central authority.This way the system built on the private blockchain improve the validation efficiency along with reduced transaction costs.

It works best for the banks and financial institutions where the transactions and processes heavily count on the regulations, internal verification of the transactions is needed, and sensitive data management is required for the back offices. It makes the private blockchain a notable tool over traditional banks that solve efficiency, security, overhead costs and fraud problems.

Multichain development catalyzes the private blockchain application deployment for financial transactions and speeds up the transaction speed up to 1000 transactions per second. The rapid deployment, quick multiple asset verification, and high control are the benefits of the multichain, which allows the institutions to have optimum control on the transactions as the business needed.

Hyperledger that’s hosted under Linux foundation is a project designed to allow the enterprises build and run the blockchain applications to support the business transactions under the restricted environment. They are built on the top of modular architecture and provide community-driven infrastructure, which increases the blockchain applications’ resilience, confidentiality and flexibility. The hyperledger development works best when enterprises want to have the shared ledger POCs, field trials or use cases.

The sheer transparency of the capital investment, high scalability of adding any number investors in the network, great compliance with data regulations and robust security in digital key management for strong authentication makes the hyperledger development best-in-class for various industries.

There is a ton beyond the bitcoin’s hype. Presently, we have barely scratched the surface of blockchain technology and yet, to make the most out of the lucrative opportunities which digital ledger use cases are offering is left. The new-gen technology with smart contract, hyperledger development, private blockchain in the bag is transforming every industry vertical with transparency, faster transactions, trustworthiness, reduced transaction costs, improved efficiency, and a high level of security. It is true that businesses are looking for the Blockchain app development companies to know and employ the technology at the earliest and cover as much ground as possible.

It’s certain that technology is making great strides in the market outside the cryptocurrency. Even, the critics that are not ready to adopt the decentralized ledger, will soon follow the Blockchain development services suite to get ahead of the pack.