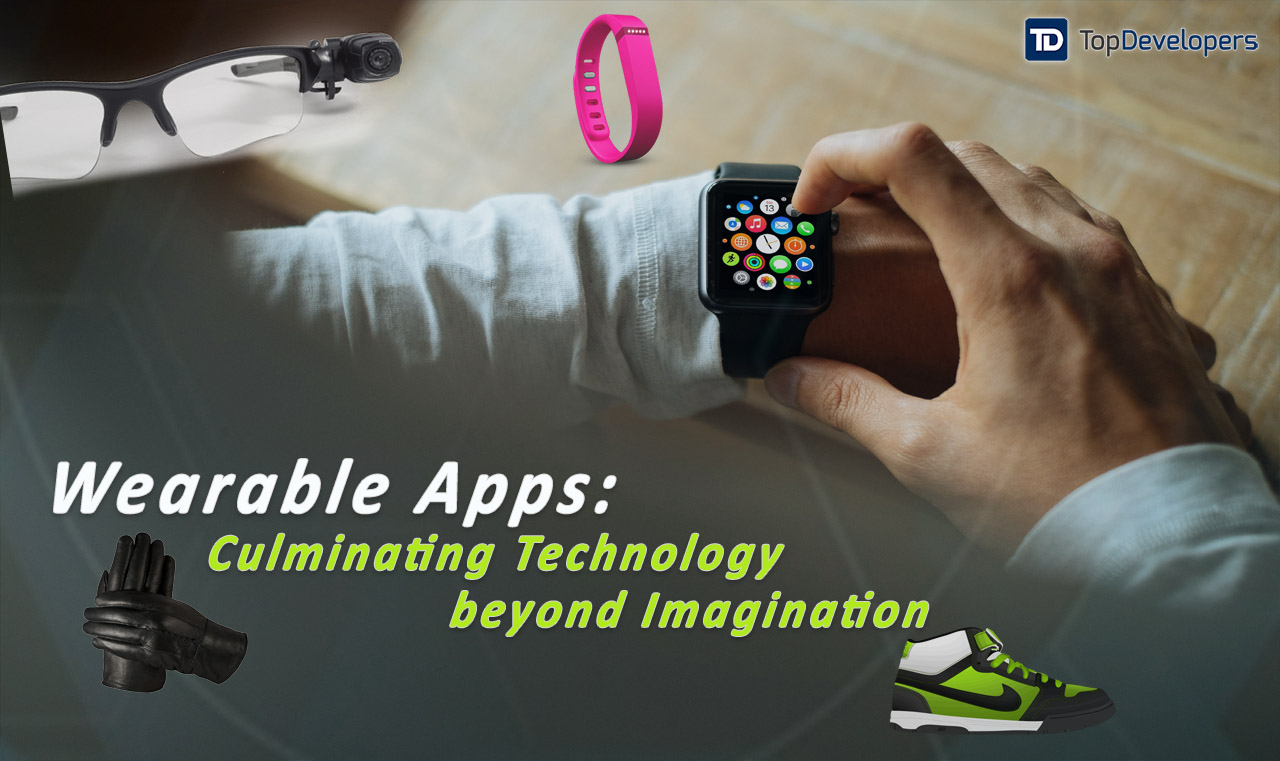 If Augmented and Virtual Reality are considered as the pillars of technology, then Wearable apps are certainly the kings now and are moving ahead for achieving greater heights in the future. It has made the users to lead a healthier life and becoming less dependent on our smartphones.

Wearable technology is everywhere, from Smartwatches to head-phones to eye wears and many more. Such is the impact of wearable apps that even the big names have started to take a note of this and are amalgamating in into their technologies. People or I should say users are however slow in accepting this change but are tempted overall to try this new technology on the go innovation. Stats shows that over $2 billion was spend on wearable technology in 2016 and this trend is expected to rise in the present year as well.

We are all aware of the fact that wearables are already taking giant revolutionary steps in the tech arena, but it is no harm in gazing into their future as well. If we see this thing from the perspective of Baseball Analogy, the wearables are still in the third innings and there is a lot to be done in the future.

Thus, let us get the balls rolling and take an acute look at the perspective future of wearable technology and they way it is culminating technology beyond imagination.

Battery into the Focus

A Fragile battery backup is perhaps the biggest obstacle that prevents the adoption and retention of a new technology on a larger scale. Wearables in the future would be having that could last for weeks and months and would have processors and sensors will consume the bare minimum battery possible.

Also Read: The Future of Wearable Technology Is Full of Promise

The data that will be generated would be much higher in accuracy and resolution and thus will give the users the best possible results. Wearable technology brings in multitude of possibilities to various types of organization and provides a seamless integration for the user to amalgamate it in its daily uses. As the trend of wearables has hit mainstream with some force, innovative methods to improve and upscale the battery life are coming to the fore and is beginning to impact its performance and production as well.

The future looks promising for the business enterprises that are looking to implement wearable technology into their scheme of things. From healthcare to the fashion industry, wearables are proving their worth and will provide personalized things that can be worn for 24 hours in the future, for example, a wedding ring. Companies are keenly looking forward to developing such apps that will provide a more personalized touch to their customers and thus would nest in their day-to-day work with the utmost ease.

As per the stats, the fitness wearables will generate more than $10 billion as revenue by 2020. Already in the use as fitness trackers, wearables in smart clothing will embrace technology with more advanced capabilities. Things like Smart clothing will burst into the scene and will be revolutionary in providing unprecedented services to the sports industry.

The smart clothing will be capable enough in measuring heart rates, breathing depths, and biometrics and other balances of the athletes so that they can gauge their performance to the optimum level. The specific checks will help even the coaches to track the ability of the athlete and distribute the workloads accordingly so as to avoid the injuries.

Wearable apps in the future will be designed for specific purposes with immaculate sensors. The variety will range from fitness to skin saving applications and many more. Also the fitness trackers would be more competent in gauging the body skills and enduring capacity of the person so that he/she can be saved from life threatening injuries or diseases.

Also Read: The Next Generation of Wearable Technology Is What You’d Expect

Also the traditional watchmakers will add a tinge of smartness to the connected timepieces that will help them to proliferate and serve the users more comprehensively. The gadgets would be capable enough to receive notifications and send messages and will be integrated throughout the completion of the end goal. The wearables would get instant messages and alerts about the potential hazards and thus will save oodles of money of the organization.

Explore: A find List of Leading Wearable App Development Agencies & Wearable App DevelopersThis could be the biggest achievement and innovation as far as wearable technology is concerned. Ultrasensitive wearable devices would be instrumental in providing minutest details about the work and can be used on the body part also. It will be highly durable and flexible technology that will include a wrist band heart rate sensor and also a device that would detect the throat movements of speech impaired people and allow them to speak.

The future of wearable technology would be even brighter than the present with all the technological innovations coming up. It is evolving and becoming more specified and personalized will every passing day and thus is forming as a formidable alternative and source of technology usage for daily purposes. With its accuracy, there is no room for approximation in the analysis of wearable tech giving the users the full value for their money.