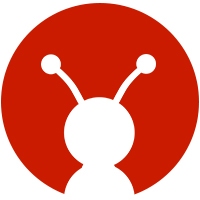 We are a Product Studio transforming Ideas into Reality. 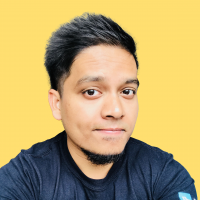 Give us a quick overview on GeekyAnts. When and how did you begin this journey and what were your motives to be successful in app development?

I started coding early in life, I loved building UI’s with code, something that others can interact with. Went on the side as a freelancer in high school and then started GeekyAnts right after graduating in Computer Science as my major with Kumar Pratik – Managing Director & Atul – CTO.

My Motives were solving real-life problems with apps in various domains like social, e-commerce domain & more. We have helped other developers with open source contributions & pushing the web & mobile app development space forward with the latest technologies.

What is your role in the management and development of GeekyAnts?

Being the founding member & CEO of the company, I look at the management side along with staying mainstream with the latest technologies. Building the company from ground-up from 6 people to 225, my focus has been to keep the start-up culture alive while also setting up the correct processes to scale.

Tell us about your biggest achievement in the industry.

My biggest achievement would be building a design tool called BuilderX - browser-based design tool that codes React Native & React for you. With a vision to bring designers and developers on one platform.

Also, I have been involved with NativeBase. It's a cross-platform UI components library for React Native to build native mobile apps for iOS and Android platforms. NativeBase makes it easier to theme the components with very little changes to the components themselves. NativeBase helps drastically move forward at a higher pace and saves the development time.

How do you schedule the marketing phases of various projects creatively?

Getting involved with the community since we build tools for developers & design communities. We engage with them on social media channels like Twitter, Facebook, conferences & meetups.

Marketing & Advertising on various channels like Google ads and 3rd party websites – directories where we can showcase our portfolio of awesome UI/UX Apps.

How does GeekyAnts help the clients in choosing the right yet profitable platform for app development and its marketing?

We always stay up to date with the latest technology and how they solve the problems of the traditional ones. For example, Flutter & React Native: it helps in getting to the market fast on multiple platforms with the top-notch quality.

How do we choose what's best for the customers? We clearly state the pros and cons of each tech and help customers choose what is truly best for them based on their requirements.

For marketing – we help with the technical performance of our apps. We check everything from SEO, simple & error-free responsive code and make sure that the Lighthouse rating is close to 100.

Which would GeekyAnts as a company suggest for a successful and profitable business progression, Native or hybrid apps? What are the factors that GeekyAnts considers to make this choice?

If we want to build high-performance apps that use a lot of native capabilities then, native apps will make a lot of sense. For example – if we want to build an AR-based app for iOS then I wouldn’t recommend using a hybrid technology but on the other hand, if the app is more of a social, e-commerce or an enterprise app then hybrid tech makes total sense. If the client wants the app to work only on Apple devices, then something like SwiftUI works better.

But our go-to platform to build apps is either Flutter or React Native as it works well on all the platforms.

How does GeekyAnts scheme the pricing model and fix the budget for a project?

We have two engagement methods - the first being the fixed scope & timeline method and second being the resource augmentation method. For the first method, we estimate the project and calculate the required number of effort hours and apply our rates on it to reach a fixed cost. The cost of a fixed scope project is directly proportional to the complexity of the features required. For the second model, the rates depend on the experience and expertise of the developers involved and the actual effort they put into the project per week / day/ month. It’s completely time and material based.

What are your thoughts about AR, VR and Internet of Things (IoT)?

AR & VR are the future! We have experimented with React 360 & React VR along with Three.js on the side.

IoT is changing how we interact with the technologies of today. Voice assistants like Amazon Echo (Alexa), Apple HomePod (Siri) are making it easier to build IoT devices. We have worked on projects where we connected KOT printers with Raspberry Pi to read emails & print receipt for POS Solutions. One of us also built an IoT controlled toy car, as side fun project.

What do you think will be the future of Mobile technology?

It is here to stay, it is only going to be more transparent with the advancement of AR & VR & voice assistants.

TopDevelopers.co welcomes requests from all the businesses and individuals who are in need of a genuine guidance to team up with a perfect tech ally. Make use of our unmatched assistance in choosing your best technology partner.