Someone aptly said, “An app is not all about technology. It is a dream towards the future.”

Making this dream come true through mobile app development without knowing the product vision, absence of extensive research, not considering customers’ reviews, and missing rigorous testing is impossible. Behind the scene, the misunderstanding and misinterpretations led the project to the wrong path that ultimately results in app failure.

The ugly truth about app development is faced by many leading players before the app wins the audience. The continuous iterations help them succeed. The lessons from their success story regarding app idea execution allow us to keep all the tips in mind while turning the app idea into reality.

11 steps that businesses should follow to engineer the successful app

Businesses often approach top app developers to know how they can get the app build like a pro from app idea conceptualization and development to testing and marketing. Here’s a brief step-by-step approach for the entrepreneurs and businesses, to help them build and launch the exceptional app.

The app idea led to the cornerstone of the app development, which must be clearly illustrated on paper, including- app vision, mission, target user persona, features, specifications, and purpose. The project requirement document set the project into motion. Defining the list of features is a vital aspect of a document that varies from one project to another.

The basic app has a list of features such as onboarding, search, social integration, payment, offline access, design responsiveness, and user reviews that are enhanced at a later stage. The document gives an idea to the development team as to what to develop and avoid conflicts created due to scope creep. 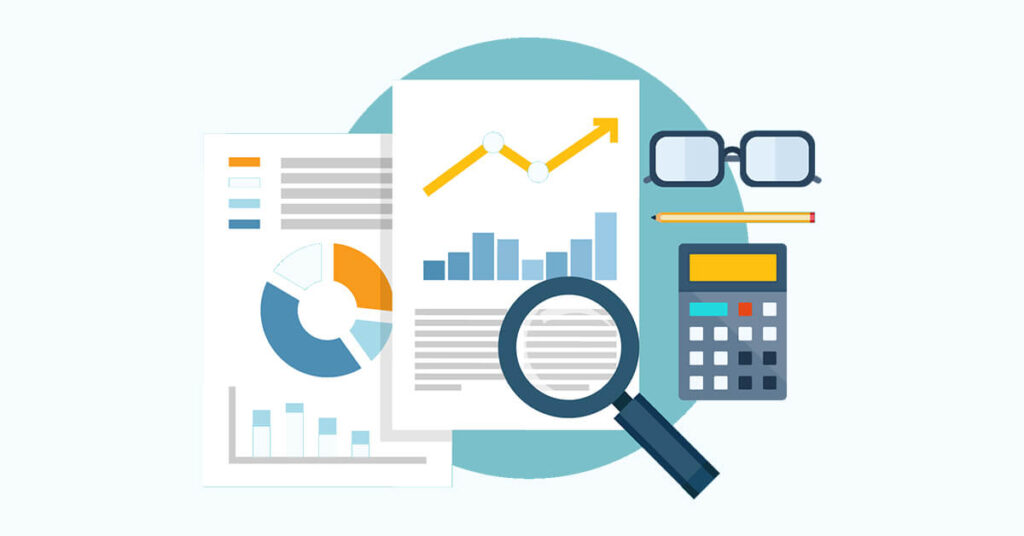 The document is a reflection of what you expect in the future app. It’s not essential that the way you want to get the real-world problem solved with an app idea is well-received by the target users and satisfy them.

It requires doing necessary homework that includes- performing market research to analyze if there’s a need for such an app, competition research to know the gaps, and user research to identify their evolving expectations.

For instance, when you have a taxi app idea, then basic features won’t allow your app to earn millions of dollars. Innovating the app with unique features that competitor apps are not offering and meeting the unmet needs of customers allows your app to catch maximum eyeballs and improve user engagement.

The app is built for users, which means the users must be happy and satisfied with the app offerings. It requires in-depth customer research to identify and add all the secret ingredients that make the customer a loyal fan of the app. Before starting with customer research, the business should identify the target audience.

Suppose gen X is your target persona, then you need to be precise with research such as gender, occupation, language, education, and others. It’s not enough. The extensive user research involves defining user persona, documenting the challenges they are facing, the types of offers that attract them, and the plan that brings expected results.

There are multiple mobile operating systems where the app is published, but mainly, ios and android are two major operating systems that have acquired more than 90% of the market share. Building the app on both of these platforms is a good choice. However, you can tailor the choice to one platform depending on the target audience’s preferences and location, and the app’s complexity and submission guidelines.

When we go by location, ios apps have grabbed a large share of the market in the USA, Canada, Australia, and Japan. Instead, Android apps are more popular in South Asia, Russia, and Europe. It gives insights into the platform selection.

The ios users are ready to pay for premium apps or unlock premium functionalities, which means it makes perfect sense to get build a paid app for the ios platform. Android user base less often makes payment.

Figure out the monetization strategy 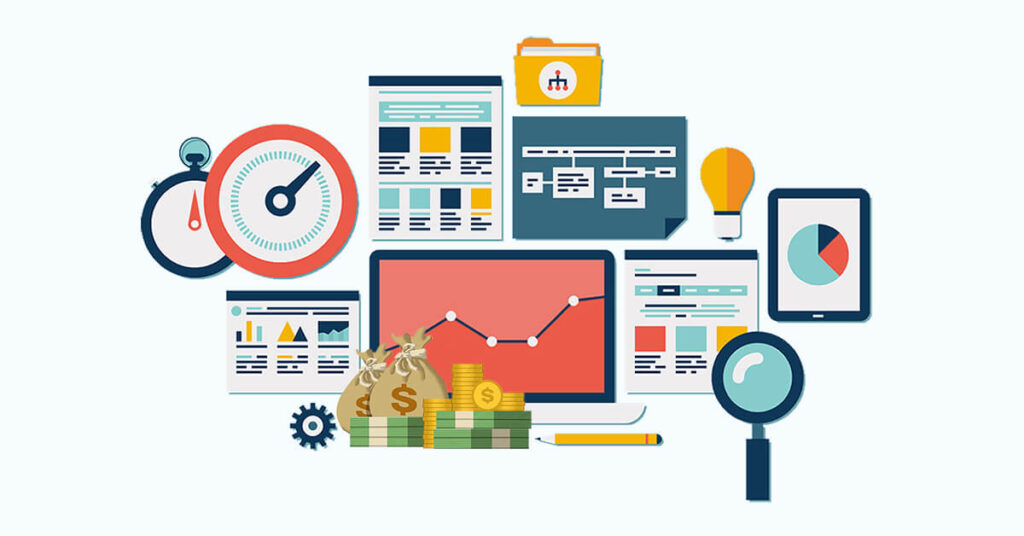 When you have created the project document, identified the target audience, performed in-depth research, and selected a development platform, it’s time to decide how can you make money post-development. After all, you are building the app to build a billion-dollar business.

The mobile apps with the freemium model enable users to access basic features but ask for a premium subscription to access the advanced features. The in-app purchases leveraged especially in the game apps allow users to unlock the higher levels or in-app currencies.

The in-app ads that are highly used in android apps annoy the users the most. However, using the ad model rightly such as putting native ads, reward ads, or banner ads optimally keep the users engaged.

Search for the best development partner

When the entrepreneur with a unique app idea has finished the groundwork, it’s time to get associated with a mobile app development company that knows how to build a great app. The selection of an app development company is crucial a wrong selection can make the app fail. You should check the company’s credibility, portfolio, developers’ expertise, and transparency they maintain before outsourcing the project to the company.

Besides, getting an estimate for the app development cost is necessary to identify if the company can get the app built within the budget or not. You can check the various hiring models provided for app development to build an app that you dreamed of.
Searching for an app development company that can help you build your dream app within your budget is very vital, It holds the keys to channelize your investments for better returns by applying the most appropriate marketing strategies to promote your business app.

The wireframe is a blueprint of the app that depicts the app flow with low-level designs. It displays the app navigation and how the specific buttons, images, or text will be placed, which further helps in avoiding the development mistakes that prove to be costly at a later stage.

The best way to create a wireframe is by creating a spreadsheet with necessary features listed in priority order, screen sketch designing for content blocks, placing various elements such as icons, buttons, and images aptly, and careful reviewing. The visual app presentation gives an idea of the app’s workflow and app’s accessibility.

In the saturated app market, it’s essential to make the app stand out for its branding. The app branding starts with a branding strategy that revolves around the app name, icon, CTAs, and landing page. It helps in creating a memorable image in the customers’ minds and communicating with the target audience.

Make sure to keep the unique app’s name and the app’s icon as it plays an integral role in making the app popular and live longer in the minds.

Get the app developed

Every entrepreneur dreams of getting the best app in the market that will make it to the top charts in the app stores. But, having a guide to mobile app development for the entrepreneurs, which you can follow to have a better understanding and take informed decisions during the app development process.

The team can also help you with UI/UX designing and app branding when requested to make the app functionally and visually ready to launch in the market.

The mobile app development process is incomplete without testing. Before releasing the app to the market, it’s essential to test the app performance, bugs, or crashes in the system. Otherwise, it creates a bad impression on the users’ minds and increases the chances of app deletion. The beta testing helps in testing the app’s functionality, UI design, and services.

Different beta testing platforms are available that developers should consider getting genuine feedback from the beta testers. Offering incentives such as app access or gift cards encourages the testers to test the app and provide their reviews.

Launch with a great buzz

The pre-development marketing strategy enables the app to gain huge success from day one of its launch. The necessary groundwork ahead of the app development helps in instilling interest in the app that makes users eagerly wait for its launch.It is a good practice to warm up your audience about what to expect or what’s coming up just to build inquisitiveness about your app.

A post-development marketing strategy in hand allow businesses to extend marketing efforts on multiple channels such as social media, email campaigns, organic search, and PPC to increase their success by manifolds. The marketing efforts are adjusted according to the budget set aside for app marketing.

Enhance app with the market response

All the steps aforementioned will bring your app to the market in healthy condition. To ensure the app remains healthy, it’s important to take dosages consistently after checking the market pulse. Check the customers’ feedback at different touchpoints to identify what’s working with the app and what’s interfering with the customer experience.

Later, start catering to the response to enhance the app accordingly which makes your app what users want. Plus, responding to user feedback publicly makes the users feel they are listened to.

Conclusion
Making the app rock the targeted world is a long road, but deliver the results that an entrepreneur or a business expects when they come up with an app idea. Considering all the steps help you bake the app success cake in reduced time, effort, and dollars investment. It’s good to move ahead step by step without compromising the app quality and exclusivity while ensure that you are on the right path.