Top Trends in Big Data Analytics to look for in 2020 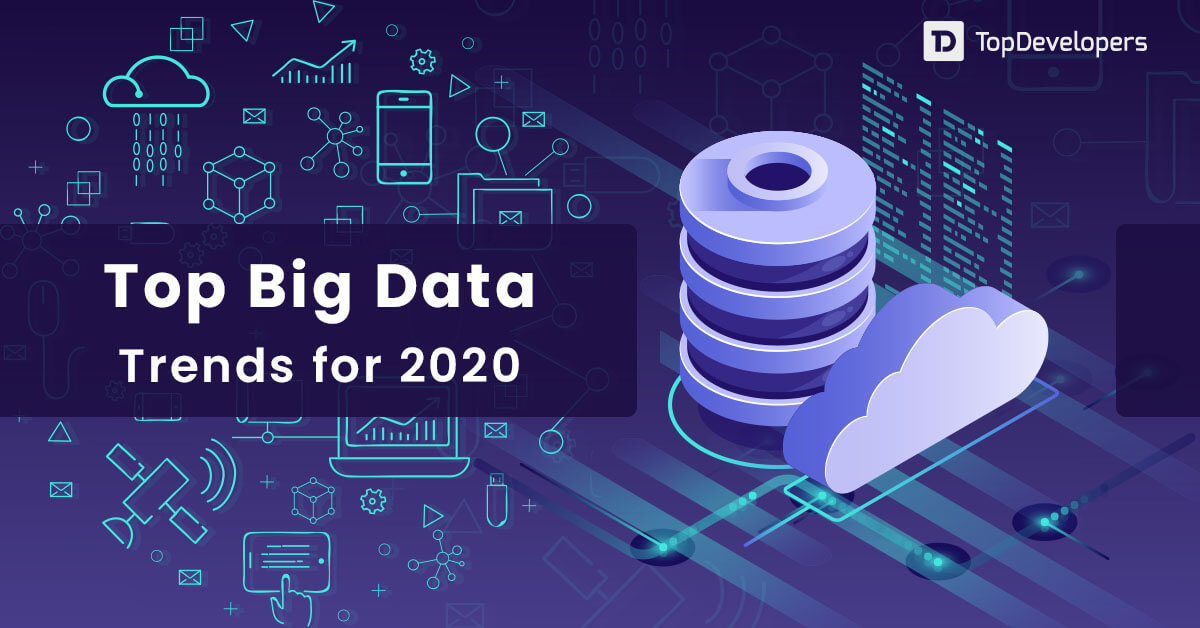 Big Data Analytics has opened a treasure trove of opportunities for businesses all around the world. Opportunities that were previously unheard of have opened up, and enterprises have started analyzing the data related to their business and thus increased the need for big data services globally.

Analyzing data collected at various points during the consumer’s interaction with the business is proving to be a vital tool in the arsenal of enterprises.

Peep into the exciting Big Data Analytics Trends for the businesses

1 – The emergence of industry-specific job roles

For instance, a production engineer who is working on the production floor of an automobile company can prove to be a much more useful resource for a Big Data company specializing in designing big data solutions for the automobile industry.

Analyzing Big Data is costly as it requires utilizing the services of specialized resources called data scientists who are experts in statistics and maths. The shortage of resources has given rise to the trend of companies moving towards data automation. By leveraging the power of AI and machine learning, Big Data automation has substantially reduced the time taken to analyze a vast data set.

These data automation systems are expected to gain prominence because they are faster and cheaper. Data automation also helps the data analysts in testing specific scenarios that they might not have otherwise considered.

Data automation models are especially useful for “citizen data scientists”. These are people without high-level technical skills who can perform moderately tricky tasks. Thus, aiding them helps the organization in growing by effectively utilizing the power of Big Data Analytics.

Data automation models are expected to accelerate the adoption of data-driven cultures by giving the power in the hands of laymen.

What is quantum computing?

As we know, our present computing system uses binary numbers 0 and 1. A single combination of 0 and 1 is called as a 1 bit; thus, a bit can have only two states either 0 or 1. In quantum computing, we use qubits, which are quantum bits. The beauty of quantum bits is that they can exist in any state between 0 and 1, and hence a quantum computer is multiple times more powerful than a regular computer.

Google has built a quantum 54-qubit processor called “Sycamore” They used this processor to test the idea of quantum supremacy, which says that a quantum computer is markedly faster than a traditional binary computer. Google gave a set of calculations to Sycamore, and the processor gave the results in 200 seconds, an astonishing feat considering that the same set of calculations would have taken 10,000 years for the fastest supercomputer in the world.

We are living in a world where humans and machines (read IoT devices) are producing data at mind-boggling speeds. According to an estimate, we humans are producing 2.5 quintillion bytes of data every single day, and the pace of data creation is growing. Most of the data is in an unstructured form and is of no use if we do not have a processor to make sense of this data and give us actionable results. This is similar to a situation where the water of a river goes wasted when you do not build a dam. Quantum computer can prove to be the dam which can enable us to harness the power of this vast river of data. Quantum computing can process vast amounts of unstructured data at exhilarating speed and help in opening up new avenues and analyze previously unseen data patterns.

USA is currently researching the prospect of using quantum computing to monitor its electrical grids. The US electrical grid system generates three petabytes (3 million gigabytes) of data every 2 seconds. The data collected by sensors is regarding power generation, current, and voltage. This data can be put to good use using data analytics, but to process such colossal quantity of data, you will need to use quantum computing. Currently, the researchers at Purdue University are researching the use of quantum algorithms in traditional computing.

Industries are dealing with increasingly complex data sets, unstructured data (data generated by IoT sensors, email messages, audio, video, photos, webpages, presentations) is the most prominent type of data set today. Analyzing such vast quantities of unstructured data sets is proving difficult. This is where the role of AI comes, as AI uses deep learning algorithms to allow the machines to make sense of this vast quantity of data. The combination of AI and Big Data has led to the creation of “Augmented Analytics,” which uses the power of AI to analyze the data in a much faster manner than humans, thus reducing the dependency of the system on data analysts and data scientists.

Many smart cities all over the world can use the power of augmented analytics. It will help in identifying underlying patterns and taking faster and better decisions related to water management, traffic management, disposal of municipal services, and in other areas. This will free up the city’s administrative staff and help them in concentrating on other activities that require human intervention.

Related: AI with Big Data – The Logical way of Improving your Business

IoT is already being used in many places to provide exciting insights into the consumer’s behavior. For instance, IoT connected coffee makers are providing invaluable insights to manufacturers of these machines like how many cups of coffee does an average person make during a day, whether the coffee consumption is higher during the weekdays or the weekends.

IoT is being used in the domain of sentiment Analytics, which pertains to studying the interaction of users with a brand on social media. IoT sensors are being deployed in fashion shows and in basketball league games to gauge the level of engagement of the audience with the event.

These sensors provide data to the Big Data Analytics algorithms, which then determines the level of human engagement by analyzing the changes in the emotions of the audience. The human emotions are measured using a variety of sensors and AI, which include gyros, high-speed video cameras(to detect the facial expressions), Accelerometers, Audio, Heart rate Sensors, Skin conductance Sensors, to name a few. Then this data is analyzed using complicated AI systems.

The sophistication level of these sensors will increase in 2020, and we will see many more such exciting applications, which would be a result of the combination of IoT and Big Data.

Usually, Data is stored in the database on the SSDs. In in-memory computing, the software is used to store data in RAM across a series of computers. This is done to improve the processing speed of data as RAM is around 5000 times faster than an SSD.

In-memory computer systems thus allow for the processing of data at lightning speeds and are ideal for applications that involve handling a sudden increase in the number of queries.

For instance, it can show the relative position of players with similar skill levels. Having a relative gaming leaderboard boosts the engagement level of the users with the game and helps in popularizing it. Standard systems are unable to meet the high data processing requirements of such an application. In this scenario, in-memory computing systems can come to the rescue and help in providing real-time positions of gamers in a leaderboard.

In-memory computing can prove useful in any application which requires a database to handle the massive amount of queries quickly. A few potential applications can be GIS processing, medical imaging processing, NLP and cognitive computing, Real-time sentiment analysis, and real-time ad platforms.

7 – Rise of Data as a service model

The primary function of Big Data Analytics is to derive meaningful insights by analyzing tons of data. While most of the companies do recognize that Big Data is going to play a vital role in the future, many do not have the required level of expertise in analyzing the data that they have. This presents a massive opportunity for companies providing Big Data as a Service (BDaaS).

The BDaaS model will be used in many applications in the future, like predicting fashion trends, anticipating the turnover ratio of employees, and helping in detecting bank frauds.

As the population of IoT devices grows, so does the need for quickly analyzing the humongous amount of data produced by these devices. Edge computing can prove to be very helpful here.

Edge computing is the concept of processing data generated by IoT devices near its source. In many applications, the speed of data processing is of paramount importance, For instance:- giving real-time data during an F1- Racing event. In such applications, edge computing provides an ‘edge’ above the cloud computing model.

Also Read: How Big Data and Cloud Computing can turn things for the Businesses?

Dark Data is a kind of data that was previously unutilized by the companies. With the rise of Big Data Analytics, previously unheard uses of dark data are being explored.

For instance, the research found out data relating to the population of zooplankton during the 1970s and ’80s and used it in analysis related to climate change.

Dark data can be utilized by using a data virtualization technique, which is a technique in which all the data of a particular company is presented in a single dashboard in an easily digestible form. Thus previously unutilized data of a company can provide invaluable insights that can ultimately help in improving the bottom-line of a company.

In-depth data analysis can help in analyzing vulnerable population groups and assist in predicting the next outbreak of a disease.

Many companies do not know that they already have data, which can help them in analyzing the needs of their customers and help in increasing revenues. Dark Data is going to play a pivotal role in future Big Data Analytics.

Big Data has already breached the levels of our imagination by helping in building the first humanoid robot- Sophia, in discovering the black hole and in autonomous cars.