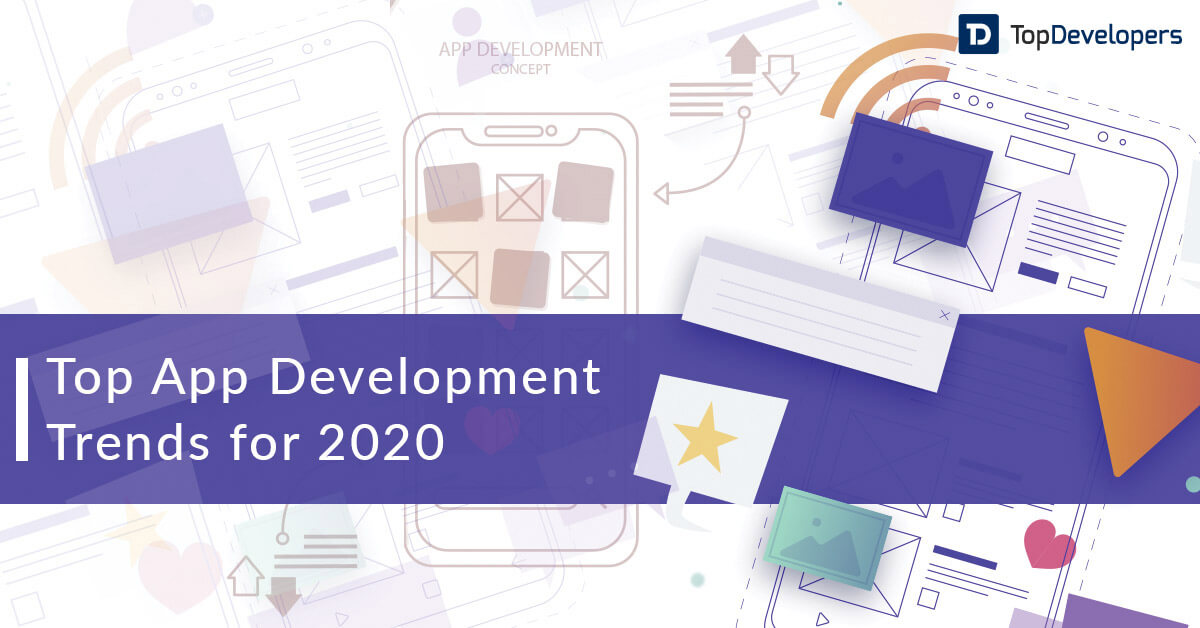 It is expected that these technologies will enable mobile app developers to create solutions that were previously thought impossible to develop.

Let us dive deep into the world of exciting possibilities.

1 – The Future is Instant

We all face a similar problem; there are a lot of apps installed on our smartphone, which we use rarely. These apps sit around idly in our smartphones and wait patiently for the time when they will be accessed, which at times never comes. They use up the precious resources of the mobile and slow down your smartphones.

But don’t worry; this may very well become a thing of the past as the era of Instant Apps has dawned.

The idea of Instant Apps was pioneered by Google, which launched Android Instant Apps in 2016. Instant Apps basically let the users test an app before installing it on their device. Instead of installing an app on your device, you can tap the app and start using it. So, if you like the app and some of the features provided, you can go ahead and install the app or else forget about the app and move ahead.

Instant apps have many benefits like small size, all the functionalities of a website, great UX, and they do not use up any device memory.

Companies like Hollar and NY times have started experimenting with instant apps and have reported a rise of 7% in their conversation rates.

Low-code mobile app development is the process of developing a mobile app using a minimal amount of code.

Low code app development puts the power in the hands of people who have minimal coding knowledge. This helps the non-coders in participating in the app-building process. It also helps companies in reducing their dependency on skilled coders.

Low-code development strategies do not require multiple lines of coding. This helps in reducing the cost as well as time to market the app.

3 – Emergence of the Beacon Tech

Beacons are nothing but low-powered Bluetooth transponders that are responsible for connecting various smart devices, which includes your smartphones.

Beacons utilize the power of location sharing and proximity technology to harness data regarding human movement so that they can aid in delivering more personalized experiences to us.

Beacons find a wide variety of uses, especially in the retail sector. For example:- Suppose a shopper is interested in a particular brand. Then the shopper can be sent a push notification regarding a substantial discount or new product launch in that brand whenever he/she passes by the aisle of that brand in a retail store.

The immersive mobile experience is poised to replace our current mobile app experience in the future. We have already seen what AR can do in games like Pokemon Go. The game has expanded the dimensions of people’s imaginations on the possibilities of AR in gaming.

Apart from gaming, AR is opening up new possibilities in many new areas, take the example of Filmr, which is a mobile app aiding creative artists in film editing. The app contains a vast repository of animated characters and allows the creatives to superimpose the animated characters into any real-life scene.

Many companies like Adobe, simile, and Torch3D are building tools that will give the power of 3d editing in the hands of the ordinary people.

By using tools like plane detection, cloud points, and machine learning have enabled AR apps to present a better picture of the real world into a mobile app. Take the example of Entur, which is a local transportation app of Norway, point your phone towards the nearby locations, and entur will show you which bus leaves from which stop and give you clear directions to reach your destination.

Virtual reality is also emerging from the confines of gaming and spreading to many other real-world applications. For example, if you are one of those people who fear public speaking, then virtual speech is an app that will recreate the experience of speaking on a stage for you. While practicing in front of a mirror is good, practicing your skills in front of the prying eyes of an audience will provide a more realistic experience and will help you in your preparation in a much better way.

Upon completing the speech, the app will give you a thorough analysis of your performance in terms of verbal as well as non-verbal communication.

Another good example of VR in action would be the Jaunt VR app. This is an app which contains many unique immersive storytelling experiences like taking a walk through the Redwood National Park or going through the grueling San Francisco Giants pre-game routine, Jaunt VR adds another dimension (literally!) to these already engaging stories.

Technology leaders like Apple, Google, and Amazon, are building machine learning tools that will help the apps in recognizing images and objects in the real world in a better manner. This will help in creating better AR and VR apps in the future, with the estimated market size of the global AR&VR technology reaching $814.7 billion by 2025, the future looks promising.

In the future, it is expected that more and more apps will shift towards cloud computing. Already a term called MCC(Mobile Cloud Computing) is in vogue; this term deals with incorporating the power of cloud computing in mobile devices.

MCC has many benefits, like aiding in the quick development of mobile apps, providing support to a variety of development approaches, and enabling the feasibility of the app with a wide range of devices. Freeing up the resources of the user’s device by allowing the apps to use the funds stored in the Cloud instead.

These benefits have propelled the MCC ecosystem, and many companies are now experimenting with cloud computing in apps through the help of Cloud Computing Service Providers. The most famous examples of mobile cloud computing would be Gmail and Dropbox. Both are using Cloud extensively to increase the potential of their own apps exponentially.

MCC is enabling the rise of gaming apps, which rely on high-end graphics and an extensive database to provide an engaging gaming experience. Cloud plays a vital role in this area, as it allows the mobile app game makers to store the data regarding the game on Cloud, reducing the overall size required to install the game on a user’s device. This helps in promulgating the game faster.

Blockchain rose to fame with Bitcoin, the popular cryptocurrency. But slowly it is coming out from the shadow of Bitcoin and finding new and more exciting areas to explore.

The beauty of blockchain is that it is a very transparent and secure system with the ability to manipulate records being next to impossible. In the future, we are sure to see more mobile apps using the blockchain technology to make their apps stand out from the crowd.

Blockchain technology is already finding takers in the area of international payments. Companies like Abra and Bitspark are providing blockchain-enabled solutions in the field of global remittance management services. A bank named Santander has integrated its payment app with blockchain, thus empowering the customer to send international payments 24×7, which are cleared the next day.

Artificial Intelligence is gaining steam in the mobile app development world. We are already seeing chatbots being installed in many apps. These chatbots are programmed to learn from your behavior and adapt accordingly.

For instance, the Concierge app Mezi uses machine learning and NLP to find out the user’s preferences in travel and fashion. It then provides users with personalized recommendations based on its analysis.

Even enterprise-level companies like Salesforce are using the power of AI into their systems. Salesforce has developed a chatbot called Einstein, which uses the power of NLP and machine learning combined with deep learning algorithms to provide highly personalized solutions to every customer. Einstein is programmed to refine its outputs according to the user’s needs.

IoT universe is expanding at a rapid pace; it is estimated that the global IoT devices market will grow to $520 billion by 2021. Many apps are using inputs from IoT technology to deliver a great user experience.

IoT enabled smart home appliances are a reality, and the vision of an intelligent house is sure to become a reality soon.

Take the example of Smarthouse-KNX, which is a smart home management app. You can switch off the lights, lower the blinds, turn down the heating, and make sure that the burglar alarm system is activated by simply tapping your app.

Wearable IoT devices, which include the smartwatches, as well as other health-related devices like blood sugar monitors and blood pressure monitoring devices, are increasingly becoming standard. Brewing up an app ecosystem surrounding these devices

To wrap it up

With the rise of technologies such as AI, ML, Beacon tech, IoT, AR & VR, and Blockchain, the mobile app development scene is sure to undergo a paradigm shift. Smartphones will become smarter by continually connecting with smart devices, and an entire ecosystem containing a plethora of connected devices will propel humanity towards realizing the dream of digital life.