Hiring An Android App Developer? Tips To Simplify The Process

The mobile app development has become native to the businesses and the increasing demand for the applications is pushing the trend upward. This inevitable part of the business is now irreplaceable, but all the businesses won’t have the optimum budget to build the app for every platform and gain the user traction.

Fortunately, if the businesses just opt for the Android OS, then also reaching out the large user base is viable. The reason is Android has become the undisputed market leader accounting for about 70% of all the smartphone sales to the customers worldwide. And with the statistics, Android development is increasing its penetration in the market with a whopping 3.8 million apps uploaded to the Play store. It strengthens the fact Android app development is a great choice for the small business owners to avail the Android’s massive user base.

The businesses can only win the game when the app is built rightly, sync with the business app needs, and stand out in the competition. It all depends on the one hired from the list of Android app development companies. This indicates it’s crucial to hire the company having the right talent with creativity to find innovative ways to a solution. Besides, a wrong decision brings high losses to the business.

This is the reason we have summarized a few things that ease the hiring process by providing steps to select the best based on the requirements and lets the businesses make a fortune with an outstanding app. Let’s have a look at the points:

At first, it’s essential to check whether development company is certified in different courses or not, proficient in the programming languages like- Java, XML, and Kotlin that are primarily used in development, and their team of developers have hands-on knowledge about the SDKs, APIs, and various libraries.

Furthermore, the team must be familiar with the open-source libraries and widely-used components which provides a degree of freedom to explore and experiment and come up with the solutions that are the best fit for the Android devices of different screen sizes and resolutions.

All these things determine the business can count on the team of android developers or not shape the app idea into a reality assimilating the latest technology, trends, and tools. Find it out during the discussion with the company.

The Android coders’ proficiency equation will never get completed with the vast knowledge of the Android development sphere. Experience in the industry is all-imperative because no one prefers a doctor to conduct their knee surgery who has just passed the final exams.

Similar is the event with the developers, alongside their expertise, it’s important to find out the experience the company has in app development and handling the project as a team, as any lapse in these and it won’t remain as shiny when it actually goes under the development. Several issues will pop-up, technical challenges will emerge and internal team conflict may occur, which can only be better managed if the company has developers and managers who are experienced enough.

Though, based on the domain and the idea you need to develop your app the years of experience may vary based on the time the technology has been in the market but the efficiency to handle the team cannot be taken for granted.

Coding for a project is not a big deal, Android developers with moderate proficiency can make it happen. What’s all-important is the quality of code written following the standards. Going forward, the coding standards also vary from developer to developer because the same piece of logic can be created in 10 lines of code and in two lines of code, so make certain the code must be clean, well-structured and consistent along with guidelines, necessary comments and wrappable for later reuse.

The high-quality code is always appreciated and delivers a great user experience as it works faster flawlessly without leaving a security hole in the app. Such developers have a great knack for building comprehensive, large enterprises and SMEs projects that are packed with great features and notable graphics.

It’s recommended to opt for a developer who writes the best code and primarily focus on quality rather than putting the numerous features in the app, that’s the trait of a seasoned developer.

Go with the competitive cost

Often, the small businesses’ prime focus is budget, which sometimes lets them fall into the low-cost development trap. Alas! The one-time saving proves to be expensive for them as they spend regularly on fixing the bugs or enhancing the app to be a part of the competition. Even, the deadlines are missed or the quality part is missing in the app.

This is why hire the Android app developers at affordable rates, which promise to deliver the solution with complete turnaround time by following the deadlines. Also, ensure there should not be any surprises in terms of hidden fees at the end as you definitely have a budget which you cannot exceed.

Finally, the choice is yours- what do you want- a quality app or a buggy app.

Impressive portfolio? Assessment is a must

The past projects of the developers are the reflection of the quality of work delivered, which you should dig in depth. It’s better to ask the company to give references for their projects (Falling under the similar niche that your app idea falls) they have successfully completed. Later, you should download the app and go through the functionalities, designing and layout in order to identify if the developers can fulfill the UI/UX requirement of your app or not.

The ratings and reviews of the apps on the app store let you know about the user’s reaction to the app. The analysis uncovers many things that are not described during the interview and helps in recognizing the real potential of the developers on the team.

Extend your reach to the previous clients

The portfolio or the client’s testimonials cannot serve the basis of your trust in the developers to partner with them for your next project. In most of the cases, only positive points are illustrated on the website, which is less believable. There are plenty of things that businesses have to discover such as delays in the delivery, communication gap, conflict during the development, support post-app development, challenges confronted and so forth.

The better alternative is to get connected with the former clients through Clutch or Extract and communicate with them to know how the developers react to challenges, respond to clients and communicate how frequently. The information received from the clients is the real scene of the company that’s going behind the four walls of the office.

Contact the former clients in order to not regret that they had felt after teaming up with the app developing company.

Check out the development approach

The mobile app developer is not just concerned with the development of the features in the app that businesses want. When the developers do what you told them, then they are like robots, not the artists who create a masterpiece with a right mix of technology, art, and functionality. The proficient developers, not just code, while making their contribution to creating the app unique with their valuable inputs.

It can be easily identified when the developers are interested in knowing your business objective and need time to analyze the business goal for building the app which stays business purpose-centric. Also, recommend innovative ideas to tweak some functionalities that makes the app best-in-class and offer a phenomenal user experience.

The innovative development approach makes the app scalable and steps in with the changing trends in the competitive market.

Signing the project NDA lies at the core

The non-disclosure agreement and privacy agreement is a pre-requisite of every project that’s inescapable for every mobile app development company. Many times, the developers show reluctance to sign it or don’t employ any such policy. Before commencing the project, it’s better to sign an agreement which ensures that developers keep the app idea confidential and the project rights will be delivered to the client, once the app is developed. The agreement zeroes down the probability of future discrepancies, so don’t overlook it.

It’s not a matter of fact that the app will be developed with the agile or other methodology. Instead, it’s significant to know how frequently the developers will get in touch with the client, provide project updates, what mode of communication tool they will be using, how the time zone difference, if any, be handled and will the specific hours set when the client can communicate with the developers.

Getting answers to all the questions is of great utility because it undeniably solves all the problems that exist due to the communication gap. At the early stage, be clear with all the points as open communication maintain transparency, and produce better results.

Don’t anticipate, ask every question to avoid the future conflicts.

Look to hire a good company

Finally, you have a good understanding of all the aspects to stay clear when you are going to connect and interview the developers. But, perhaps, when you partner with a freelancer not an app development firm to get the Android app developed at the low budget, where the likelihood of negative outcomes are more. The app may be full of bugs, perform poorly, or security issues exist.

The safest option is to go with a certified and reputed app development company that possess the talented developers, designers, and testers, this will be a complete package, who work as a team and get your full-fledged app built with a great perfection.

Make your investment smartly to reap the rewards at the later stage.

The app idea can bring tons of cash or glory to the businesses when it’s analyzed and built rightly. When you don’t have the computer geeks or coding guys, then hiring the developers is the only option you are left with. Don’t fret! To ease the complexity involved in the hunt for the right Android development company, we prescribe the businesses to not be in a hurry to take the decision. Conduct the research, check the firm’s reputation and authenticity, identify the developer’s technical prowess, experience, and knowledge, find out the development approach, analyze the portfolio and former client reviews, and other agreement related things to give the consent to the company you rest assured.  Maintaining a fine balance of everything, lets the businesses settle on the perfect app that meets the expectations. Hire the developer this way to not lose the track forever. 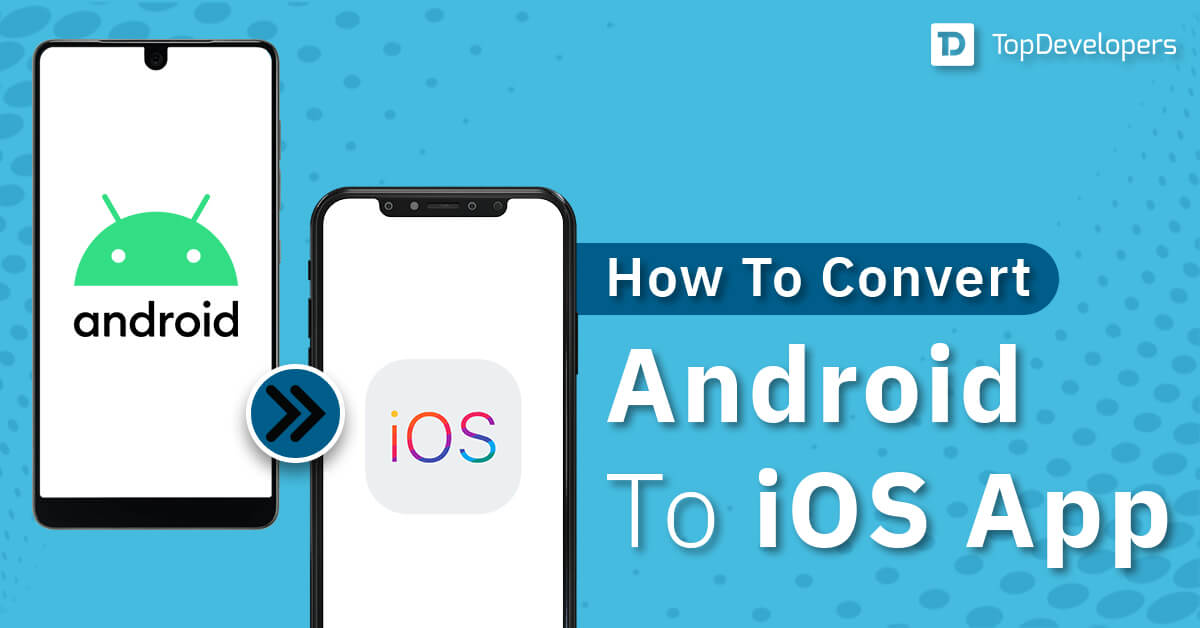 How to Convert Android App to iOS in 4 Simple Steps 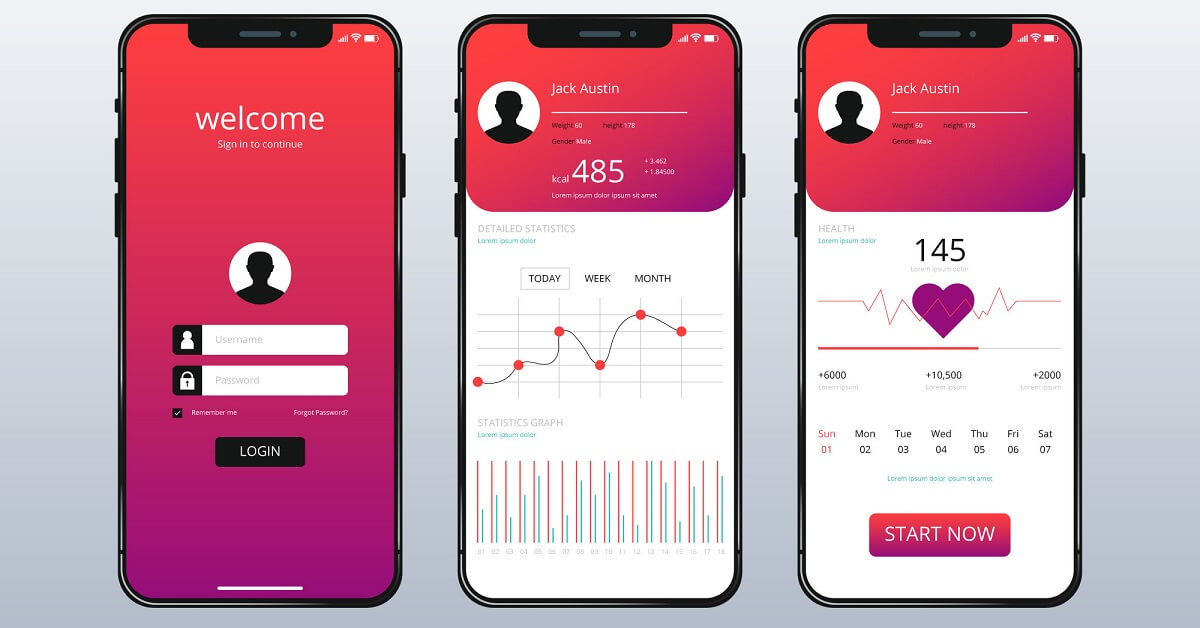 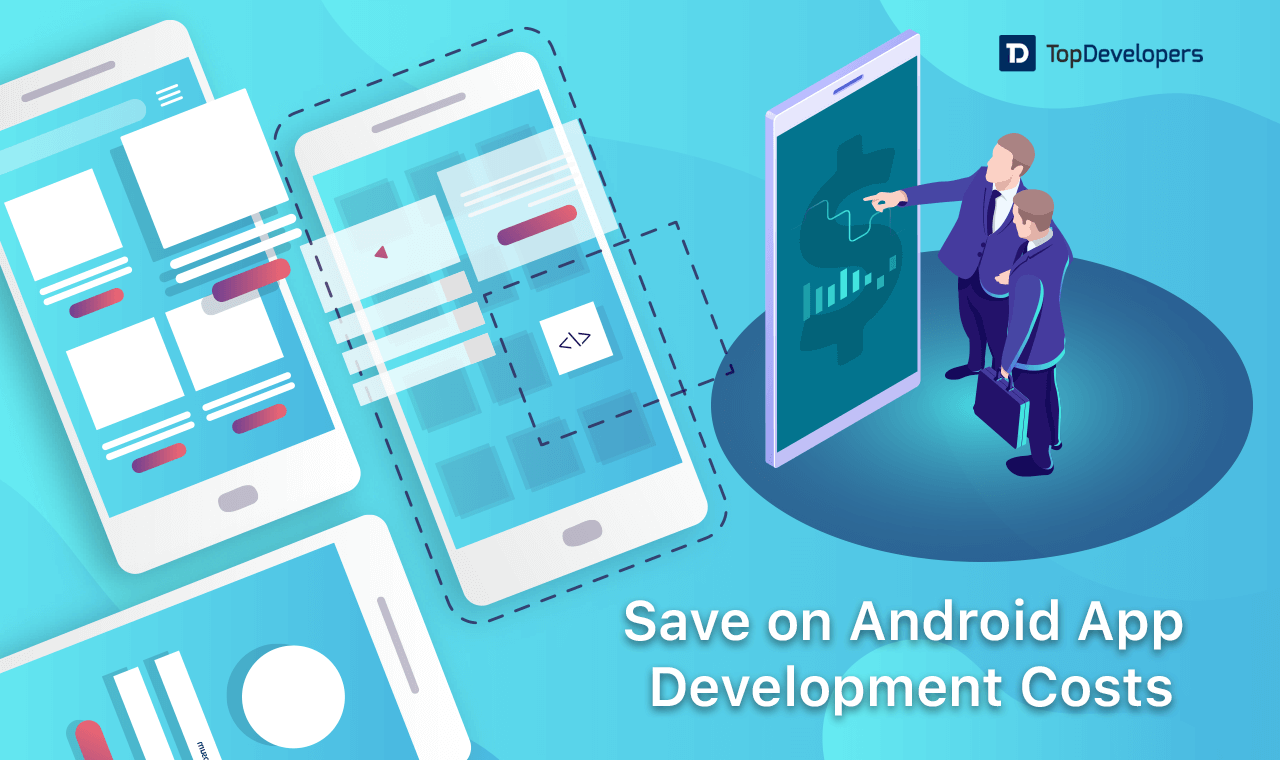 5 Strategies to save on Android App Development costs