Top React Native apps that have ruled the world 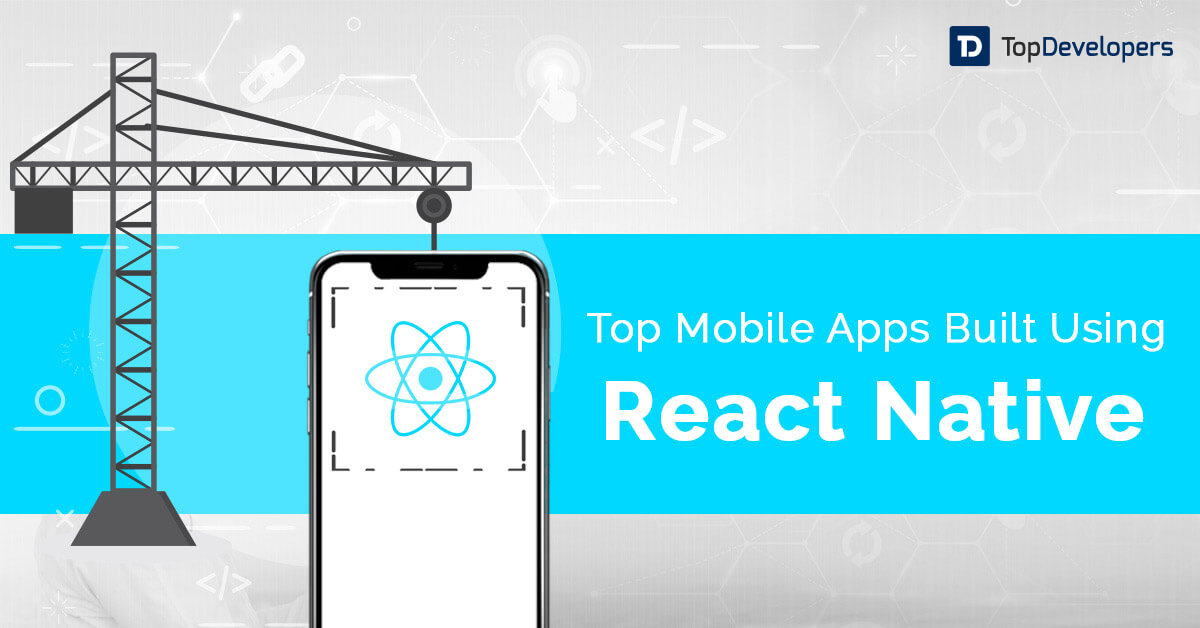 We will discuss the list of the table topper mobile apps developed on React Native framework and have done exceedingly well in their genre at the respective app stores.

The social media giant has extensively used react native in building its mobile app, keeping in mind the better connectivity and user-friendliness. Through the mobile app, the users can avail of all the functions like connecting with their friends and families, sharing multimedia content like photos, videos, text messages, GIFs, memes, etc. The prime reason for Facebook opting for React native was its support for iOS. Moreover, as the library expanded, it supported Android and thus gave access to a more significant chunk of people through the mobile app. The dashboard has become twice as fast with React Native as most of the improvements are made at the framework level.

React Native has been used only for a small section during the app development process of Uber Eats. Despite that, it has given a significant boost to the UI/UX of the app. The dashboard of the Uber Eats app is interactive, user-friendly and all the features are made available in a synchronous manner. The dashboard also supports functions like push notifications and sound notifications. Using react Native increased their customer retention rate by leaps and bounces as the user experience was made exciting and hassle-free.

Walmart is known for its innovative ways of mobile and web app development. After including Node.Js in their stack, they moved forward and revised their mobile app using React Native. With React Native, the performance of the mobile app on both iOS and Android has increased despite fewer usages of the resources. Walmart opted for the React Native platform as the company wanted to skillfully manage the large database of its increasing number of loyal customers and users. Using React Native increased the processing speed of the mobile app and thus gave a profound user experience to the customers. The open-source framework allowed them the performance that matched neck to neck with the native apps. The payment options are made simple and user-friendly so that the user complete their shopping online at their convenience.

We all are aware of the fact that moving to a different platform from an already existing one can be a task in the mobile world. But Instagram did it with ease, as the developers of the app opted for React Native as the mobile app development framework. The fact that it has a reasonably simple UI, transition to React Native was done in a much simpler manner. With react native, the maintenance of Instagram for both Android and iOS was done with ease as the cross-platform framework provides all the necessary things for the app to run correctly.

It might be a revelation because Microsoft owns Skype, and they have their cross-platform app development framework in Xamarin. It precisely states that how prolific is React Native as a cross-platform app development framework. The design and navigation have been made reasonably easy for the 4.9 million active users to send and receive multimedia data.

Perhaps the biggest name in the electrical motor industry, Tesla has also used React Native for the development of its mobile app. The Tesla mobile app is used to remotely monitor the controls of the cars. Moreover, you can use the app to start and stop the movement of vehicles. The enhanced UI/UX design using React Native increases the user experience to a greater level and compels the customers to spend more time on the mobile app.

How To: Convince Your Superiors To Opt For React Native

As the name itself suggests, the VR app of the discovery channel brings a whole new realm of 360-degree view for the audience. The mobile app has all exclusive and breathtaking contents and thus needs a sleek and beautiful design of the app. React Native was the first choice of their app developers as it is compatible with all the latest technologies. The UI is written in React Native, and the results are there for all to see.

Using react native has given the Android and iOS users of Bloomberg a state-of-the-art experience while using the app, which is more streamlined. The app has become more interactive and has easy access to personalized content, and all has been possible due to the react native framework. The framework has given the mobile app a unique edge over the competitors and helped Bloomberg mobile app flourish in the app market.

React Native framework provides smooth transition if the organization is opting to shift the framework of their app. React Native caters all the modern amenities that are required to develop a top-rated mobile app and the table toppers for various industries listed above is a clear example of it.