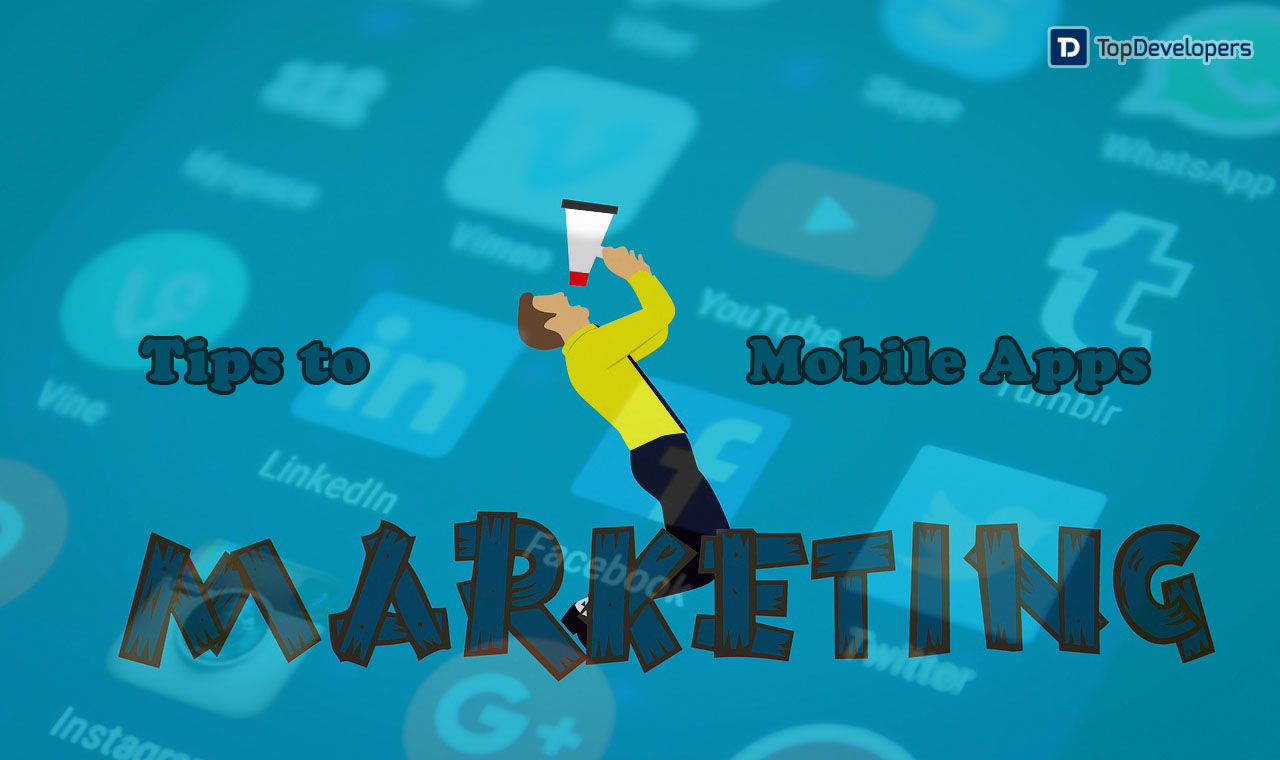 After spending numerous sleepless nights in the evaluation of what all you are going to have in your app, finally, the time has arrived to put the app in your customer’s hands. Definitely, you will be thinking of getting a smash hit with tons of downloads and great response from the customers after making the app to the app store.

But, is it just fine? Of course not.

You have not started the mobile journey just for the sake of building a mobile app. You want the app get recognized for its amazing impact when releasing into the market. But, merely, the unique app idea, intuitive UI, and best-in-class features can never let your app create a buzz in the app store unless you market the app.

You have to dedicate the resources to the mobile app marketing where you have to go beyond the traditional marketing to market the experience that your app will deliver. Creating such app marketing strategy is a whole new ball game where you will find different players, distinct rules and numerous obstacles, which you can overcome by following a few tactics.

We are sharing the compilation of the best tips that help you make the mobile app reach the target audience. Here, it is:

To catch the attention of mobile generation, still, building the website makes sense. Either you can build a landing page or feature the app throughout the brand’s site to ensure the legitimacy of the app. The landing page must be simple and eye-catchy with optimum content and screenshots that engages the users and prompts them to hit the download button.

On the existing website, you should keep the app’s logo at the most spottable place or create a pop-up display that shows up to the users when they visit your website. It helps you promote the app among existing userbase. Also, don’t forget to add the link to the app that redirects them to the app store to download the app.

Lift up the app to new heights organically

Saying the app market is oversaturated with mobile apps is not an overstatement. That’s where making the app discoverable is all-important. So, do App store optimization(ASO) of your app at first.

The ASO is actually the SEO of the mobile app in the app store wherein the app’s description, keywords density, intro video quality, screenshots type, and ratings are the key factors that paid attention to. When the app has all the aforementioned elements in place, it gets perfectly optimized on the app store, becomes search relevant and get rank high on the app store charts.

Make your app’s presence on the app review websites

The app review websites are the leading websites that increase the app’s authority and lets you capitalize on their site’s traffic when your app review gets published on them. The reason is they publish only those apps that are original, packed with intuitive layout and rich graphics, and performs flawlessly all the time. However, getting the app featured on such websites is not an easy task.

You have to prepare the pitch that you will send to the app review websites to convince them that your app holds significance and adds value to the users. Make sure the document you will provide to the websites must contain all the needed items which give the complete understanding of your app and let their editorial team create and publish your app review.

To avoid the app marketing pitfalls, it’s essential to know how much you are earning with the investment you made in the app development and app marketing. With earning, it actually means the number of app downloads, the traffic volume, average session length and tracking the user behavior.

It’s only possible when you get registered with any of the app analytics tools like- Ashlar, Flurry, Apple, Mixpanelor Localytics. The app analytics tools reveal the important facts that include- tracking what makes sense for your app, reports on speed, crashes and conversion, tracing new users acquisitions, and pretty more.

After getting the big picture of your app on a single dashboard, it becomes easy to reflect all the changes in the app that delights the users and augment the conversion and revenue.

Reach out to media

Media is powerful enough that can make your app succeed by building the app’s credibility and enhancing its awareness in the market. Keep collecting the data and get connected with journalists or editors who are in the search of a story. Why don’t you make your app the one?

To strengthen the public relations, you can create PRs or guest blogs, and connect with the right journalist to publish the content in the category under which your niche target audience falls. Also, you can conduct the interviews with tech bloggers and get them published in the newspapers that lets your app go viral. Going ahead, the app launch party can be hosted where you can invite the media industry and then, the results you know better.

How much the social platforms have helped the businesses in rising to the top needs no evidence. So, is the event with app marketing. Create a tunnel in a way that drives maximum downloads, user retention and loyalty in both hands.

However, more often, the companies providing app’s social media promotion is not handled appropriately. For instance, just building the Facebook page won’t help in increasing social outreach, instead, you have to publish the unique posts with a consistency that engages the audience and answer their queries instantly to gain their trust. This is the way you can connect with the audience socially.

There are two ways of leveraging the social power and spreading the social word- organic and paid. In the organic promotion, you have to create the accounts, publish meaningful posts that should not look overly promotional and join the user’s interaction. On the other hand, paid promotion on social media means you have to spend a bundle to boosts up the app discoverability and get more users visiting the social page and perhaps, will download the app in the future.

Maintain an equilibrium! Don’t get pulled in many directions

Every company wants the app to get to the top and compete with the top ones in the app market for the top position. For sure, you are also leaving no stone unturned to let your app gain a better hold on the market. But, it doesn’t mean you dedicate all resources haphazardly in every marketing segment and spend dollars heavily in order to get the app thrive by hook or crook. This is a wrong approach.

In the big organizations, several teams are working on the same project and feel like the app marketing is their territory. The opacity of which team is working on what strategy create internal disputes and alas the app suffers. Align your goals with all the teams with regular communication and lets them hit the target with the minimum power struggle. In addition, the collective inputs make the strategies more successful.

The millions of downloads are surely delightful, but it is not the ultimate success. It’s your first major step towards success that you have to value and make it the most valuable by turning the new users into loyal users, which bring revenue and positive ROI in near future.

Spend time in engineering experiences because most of the users uninstall the app after using it once or twice. It’s rather more difficult to maintain the acquired users than acquiring the new ones. Apply for rewards, launch loyalty programs, or give special privileges to the users to hold the existing ones and amplify the downloads.

How to rise to the top of charts?

It makes no sense to ask these question after reading the complete article. It is beyond clear now. In a nutshell, the‘For the sake of Having a mobile app’ mindset cannot lift up the brand’s awareness, increase sales, or bring revenue. The businesses have to go further with a solid mobile app marketing strategy to best promote the app digitally. But, the app marketing is not a work of an average Joe, it’s a masterstroke of the marketing maestros. What they all do? They incorporate some secret app promotion weapons during marketing strategizing which augments the chances of making the app a great feat.The secret is now no more a secret. It’s unearthed in the form of 8 intelligent marketing tips.

So, what’s next? The recipe to cook your app success with smart tips is before you. Create the original marketing strategy and follow the sure tips to ensure app’s success.