5 Steps To Craft A Business Plan For Your App Idea 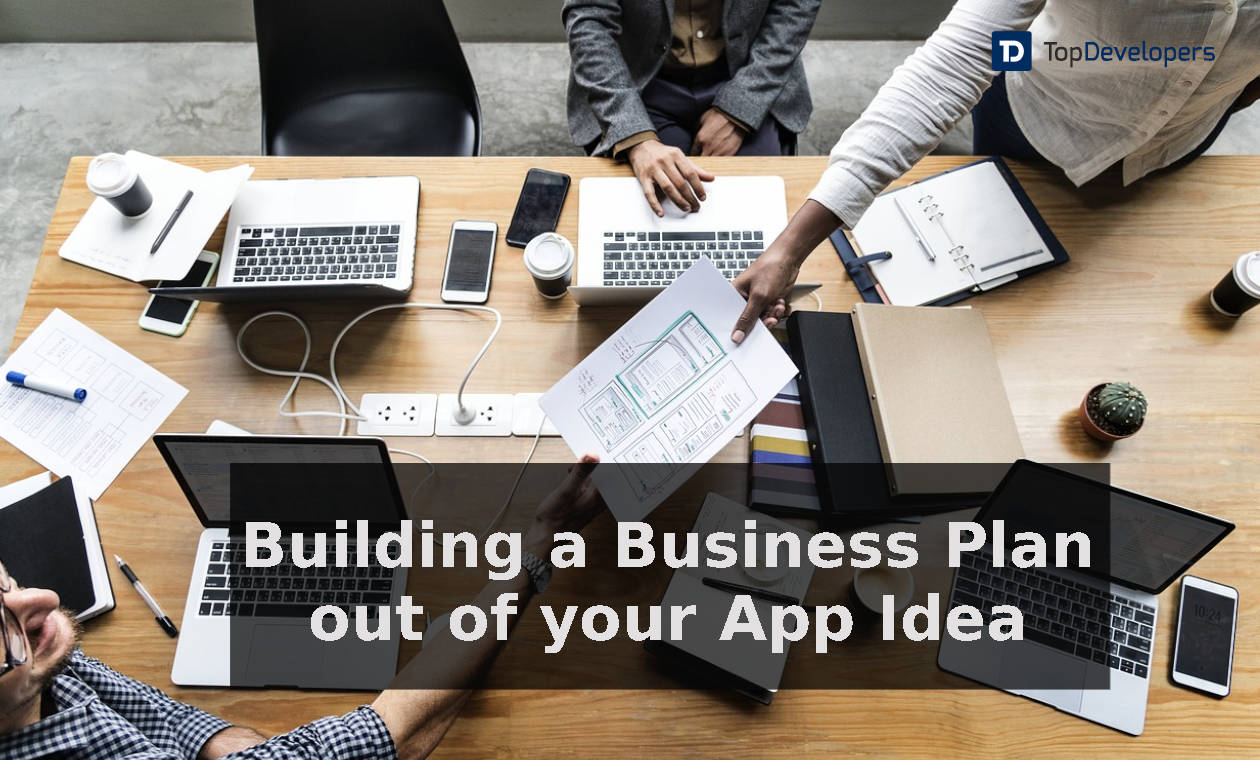 Traveling aboard without any plan means planning beforehand. Some travelers are crazy about adrenaline of spontaneity, but the joy of unplanned adventure will burst like a balloon when the money, time, stress, tourist trap, transportation, cultural or legacy issues get popped up.

The story says one thing in the essence, that’s no planning means uncertainty, which means playing a guessing game that puts your success at the stake. Building an app idea also illustrates about the same journey where creating a business plan is the cardinal aspect of the mobile app development, that’s often ignored and consequently, the business revenue cannot be gained as expected.

The business plan with the right combination of tactics and practices validates the app idea and guarantees boosting the app development process. This will remain aligned with the core app idea and gives a preview of the revenue model.

It’s only conceivable when the business plan answers the critical questions not blindly as they are imperative for app’s sustenance and success in the cutting-edge competition. It appears extremely taxing. Isn’t it? At this juncture, we have eased your work by illustrating the points that a good business plan should talk about. Let’s dive-in to create such a template for your app idea:

Start with the problem statement

During the announcement of every new Apple’s product, Steve Jobs always found speaking about the problem that his product would solve. His presentations always turned around the public opinion to convince the customers that the product is in their best interest to pay for something.

Similar is the event with your app idea to be developed. The app market is maturing with hundreds of nearly identical apps available under every niche and majority of them are free to use. It gives no reason for the users to go after your app.

Find out the problem that still exists and your app can be a solution for them. What is the need of the users the apps in the app stores have n’t fulfilled? The research made for the identification of the unresolved problems in the existing apps, which your app idea can solve gives a broad view of the big problem that your app idea will serve in near future, market size, competition, scope, revenue model and how the app will disrupt everything.

Check the digital feasibility of the app idea

Now, you have the concrete information regarding the gap in the app market, which your app idea is about to fulfill. But, just this statement won’t work. Building a custom app tailored to the user’s needs ranges from $10,000 to $25,000 of investment with a middle level of functionalities. After spending the bundles, the business expects significant returns as ROI.

Before translating the app into visible folds, it’s essential to envisage the comprehensive picture that illustrates the app’s viability and influence on the mobile interface, different functional modules and how they work when tied together, communication interface and services that altogether serve the end purpose. The clear picture of the brain-sketched solution ensures that the app idea fits well in the customer’s shoes.

When you are self-persuaded with the digital feasibility of the app idea, it’s time to check its validity and authenticity in the market. There are several ways to find it out.

At first, you can consider Google trends for your app related keywords which give you a fair idea of how the keyword will perform in the growing market, but in case, the app idea doesn’t have any traction, then checking Google trends makes no sense for you.

Give a try to Google ads as PPC which just with the investment of $100 will let you know the reaction of the target audience coming to a landing page.

Moving ahead with the third-party analytics platform is also a good alternative to find out the size of the market and estimate where the app stands against the top ranking app.

Explore the apps topping the charts under your app’s category deeply to understand what they do the best. Go through the reviews to figure out what the users love or hate about those apps. Evaluate the reasons for consistent ranking, users going crazy, user retention, impulsive buying, competitive advantage, and high sales.

Conduct the survey by sending a questionnaire to the audience that enlists a few questions and asking them for what needs to be done which will make the users download the app at the flick of the switch and keep using the app effortlessly. When you don’t have a list of users to target, you can run Twitter polls, post-poll in the Facebook groups, or use Facebook ads to direct traffic to the survey.

You are affirmed by the fact that app idea holds significance in the market and can stack up against the competition. After getting a feel for the market size, it’s time to craft the marketing plan with which you are going to address the app. There are a few points that will help:

Identify the user persona that fits the bill with your app. The target audience may be of different genres, geography, gender, age, income, interests, culture, behavior, and so on. The detailed data of the ideal users must be gathered as it helps you know whether the app idea resonates with them well or not. Also, syncing the marketing strategy with the audience ascends the probability of getting success.

Before buying the services, the users will always ask what’s so unique in your product that differentiates it from the other similar products on the market. That’s called USP (Unique selling proposition). You have to create one for your app that persuasively tells the users what’s unique in your app that no other app in the universe can claim that they have it. Make it certain that, the USP won’t determine the app is better than others, while it convinces the users that the app solves their problem exceptionally.

You have the relevant users’ data and the app’s USP with which you are going to impress the userbase. Prior to branding the app, it’s necessary to narrow down the choice for marketing channels that goes fine with the users’ preferences. The social media ads, organic installs, TV ads, SEO, email marketing, user download incentivization, press release, content marketing, retargeting campaigns, push notifications, event marketing, and app store optimization are a few marketing channels to draw the user’s attention and make them use the app. These channels brought varying ROI for the app, so you can use the right mix of the channels that bring the winning upshot.

Financial numbers matter the most

To be realistic, the marketing plans are iterated often to achieve the desired growth and goal. But, just handling the marketing strategy rightly is not everything, laying out financial plan using key metrics is equally important. Here’s how you can evaluate the cost implications against the anticipated stream of income:

Acquiring a customer costs double than retaining the existing customers in the context of mobile apps. Taking a step further, app installation doesn’t carry any significance, if the users don’t engage with the app. It’s a critical metric for the businesses in the financial plan where the CPIs in addition to engagement can be estimated using third-party tools.

The customer lifetime value (LTV) determines the average sum of dollars the app will receive from a single customer. It can be calculated using intelligent tools when the estimated monthly revenue and number of expected LTV users are entered. When the cost per user acquisition exceeded the LTV, the app can never be able to earn a return on investment.

It’s a no-brainer to engineer an app that creates experiences, but not the profits. Build a monetization strategy which includes the ways you will make money from the app. There are various ways to turn the app into a revenue-generating machine. At the core, an increasing number of users is the most important and you can monetize through in-app advertising, in-app purchase, a freemium model, subscription and incentivized advertising. Before employing any business model, the pricing figure must be a/b tested to make sure that the users will pay for it.

The apps topping the charts have witnessed tremendous growth, high downloads, and great ROI when the mobile app business plan is designed ahead of the app development. However, the successful battle of the app cannot be won just on the grounds of making a brilliant business plan. It’s just a roadmap to move ahead, that’s purely based on the facts, not the hypothesis.

Investing months of time in creating, iterating and recreating the business plan is reinventing the wheel as the points defined in the plan will change when the app actually goes on the development floor and launched in the market.

In a nutshell, concoct the business plan prudently in a matter of weeks following the fundamental steps, get on the app development execution part and market the app built as per the plan. Embrace the changes if required. That’s it!