Top 6 types of Startups based on Scalability 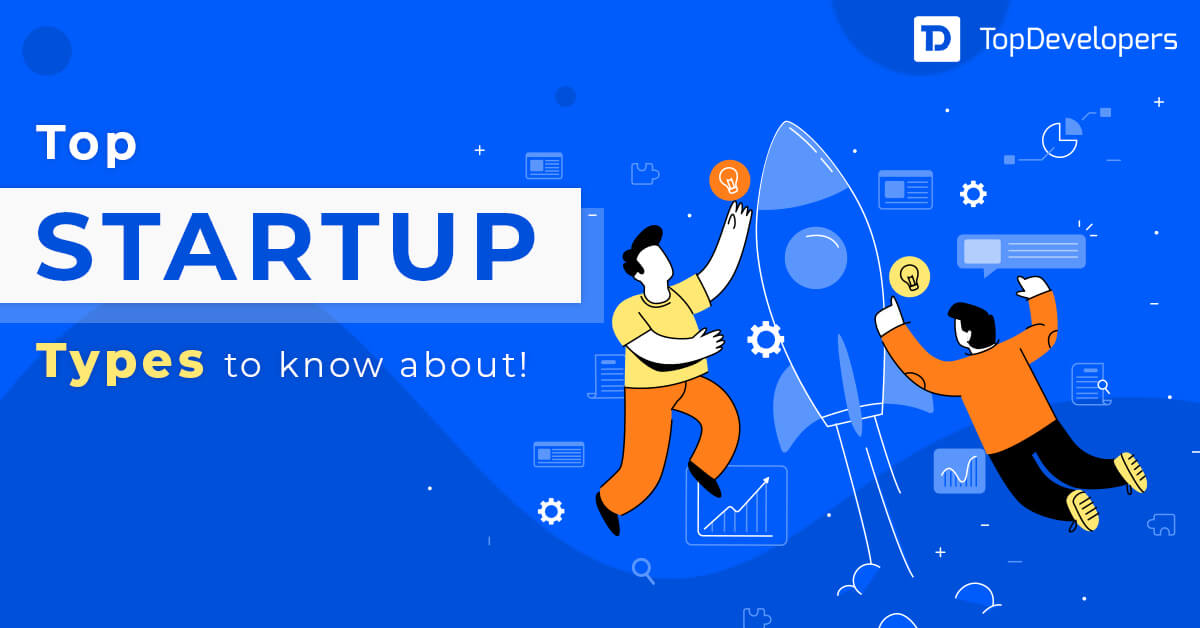 You might have heard the word ‘startup’ thrown around in business circles quite carelessly. The term is often misinterpreted and generalized into a vague definition; a business is considered a startup if and only if –

Another distinction of a startup happens to be a unique product or a service that the founders want to bring to the market. These companies generally start with high costs and limited revenue, which is why they look for capital from a variety of sources such as venture capitalists, loans, investors, and many more.

Small business is usually defined as a privately owned company, partnership, or sole proprietorship that has fewer employees and less annual revenue than a corporation or regular-size business.

The difference between a startup and a small business is often vague. Perhaps that’s why many people use the terms interchangeably. Most startups have a scope of being bought out or receiving capital from investors. Small business startups are different.

These businesses are happy staying small and generating small revenue. They rarely have plans of scaling up even to a basic funding round. They might be interested in growth but only at their own pace. Such startups are often bootstrapped or self-funded, meaning that there’s less pressure to scale immediately or be pressured by the immediate needs of investors.

Buyable startups are companies that were born to be sold i.e., flip or merge with larger, niche companies. Once they have kick-started their revenues and managed to turn themselves into a lucrative money-making company; they are ready to be bought and can be bought by a big group of companies.

Buyable startups are most commonly found in the mobile and software industry. One of the very famous examples of a buyable startup is Instagram and WhatsApp which was bought by Facebook. Mergers and acquisitions like this happen all the time.

Not all startups need to be profitable to be bought out (and many aren’t). There is a sizable risk for people who are investing their money, but an even larger risk for business owners who get stuck trying to sell off a company that’s bleeding money.

The four magical words that are proven to be a quick hook of most venture capital investors is known as “highly scalable business models”. In short, scalability defines as the easy growth of the business.

A scalable startup takes a unique and creative idea and looks for a scalable and repeatable business model that will turn it into a lucrative revenue-generating company. Not just a big company but a huge company. It does that by entering a large market and taking share away from incumbents or by creating a new market and growing it instantaneously. One must follow a step-by-step guide to scale up your startup.

The Internet has created a digital space of new and innovative business models. But it comes with a limitation; not every business on the web can scale big. While the Internet has given birth to scalable Internet startups like Google and Facebook (now Meta), it has also created a much, much larger class of web-based small businesses that can’t or won’t scale to a large company. A few are in smaller markets run by founders who either don’t want to scale or can’t raise the capital or acquire the team.

As the name suggests Offshoot startups basically stem from bigger parent companies. The parent companies could have been introduced to break into a new market or disrupt a small competition. Because these startups act independently of their parent companies, they have the freedom to do business and experiment without drawing as much scrutiny.

We can see a lot of examples of lifestyle startups –dancers, for instance. They actively open online dance schools to teach children and adults to dance and earn money this way.

One often associates social startups with non-profit organizations that survive solely on charity. But the difference is each social startup has a different funding model. They crowdsource, accept donations, are start these startups exist despite the general belief that the main aim of all startups is to earn money. There are still companies designed to do good for other people, and they are called social startups.

Many startups fail within the first few years. That’s why this initial period is important. Entrepreneurs need to find startup funding, create a business model and plan ahead, hire key personnel, work out intricate details such as equity stakes for partners and investors, and collect experience for the long run.

Many of today’s most successful companies—Amazon, Apple, Facebook, (Now Meta), to name a few—began as startups and ended up becoming publicly traded companies. So, start building your dream company today!